The Lion's Roar • May 6, 2021 • https://lionsroarnews.com/25985/student-published-in-academic-journal-addresses-racial-disparities-in-education/news/ 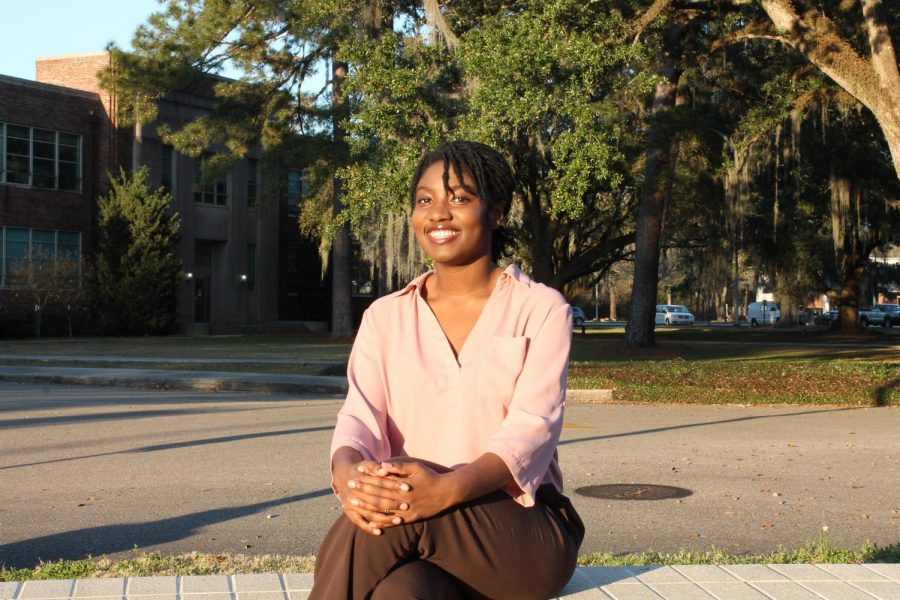 With the help of her humanities professor, senior world languages major Whitney Bourdier transformed one of her class papers into a scholarly article published in a peer-reviewed journal.

The article was initially written as a paper for Parker’s Humanities 401 class. Bourdier explained that Parker shared a publishing opportunity with the class.

“For almost a year, he mentored me. We met regularly and he provided line-by-line edits, encouragement, and guidance on how to strengthen the article to move it from a class paper to a scholarly research article, the norms of conducting research, and what it means to be an active researcher,” she said.

Bourdier and Parker submitted the article in August 2020. She shared that a lot of research, writing and revisions went into publishing the article.

“Once it was accepted conditionally, we went through two rounds of revisions with around three or four different reviewers. Then, we were given a formatted preview prior to publication where we went through again to provide further revisions before it was then published towards the beginning of April,” Bourdier said.

Through her research, Bourdier found that instances of de facto segregation existed within the East Baton Rouge Parish school system and other bordering school systems.

Bourdier explained that she first became aware of this topic because of her own experience with these issues as she grew up.

“Our building was old, resources were limited, teachers left frequently, and there was little racial diversity present. I wrote this article to spread awareness towards this issue to help students who are impacted by this throughout Louisiana,” she said.

She also described the methods she used to conduct research for the article.

“I had to create a brief recount of the historical dialogue surrounding desegregation in the three metropolitan areas of Shreveport, Baton Rouge, and New Orleans and throughout the country. In addition, we also gathered, analyzed and summarized a data set regarding 75 secondary public schools in 14 parishes within Louisiana,” Bourdier said.

For Bourdier, the biggest challenge when writing her article was confidence and motivation. She previously believed that only instructors could publish in academic journals and feared she had no authority to make definitive statements.

“My motivation was also a challenge because I had to work for months with little to no free time to work on this article. Thankfully, I had Dr. Parker to continually remind me of the bigger picture and that this could be done. I am very grateful to have him as a mentor,” she said.

“I hope it inspires other undergraduates to get involved in their community and work with their professor to change society for the better. As a world languages major, many people believe such issues have no relevance to me. But, our degrees are only a tool for us. It is up to the individual to use the skills learned from all of their courses to make a difference,” she concluded.