The Lion's Roar • May 11, 2021 • https://lionsroarnews.com/26019/the-columbias-second-annual-talent-show-awaits-submissions/arts-entertainment/ 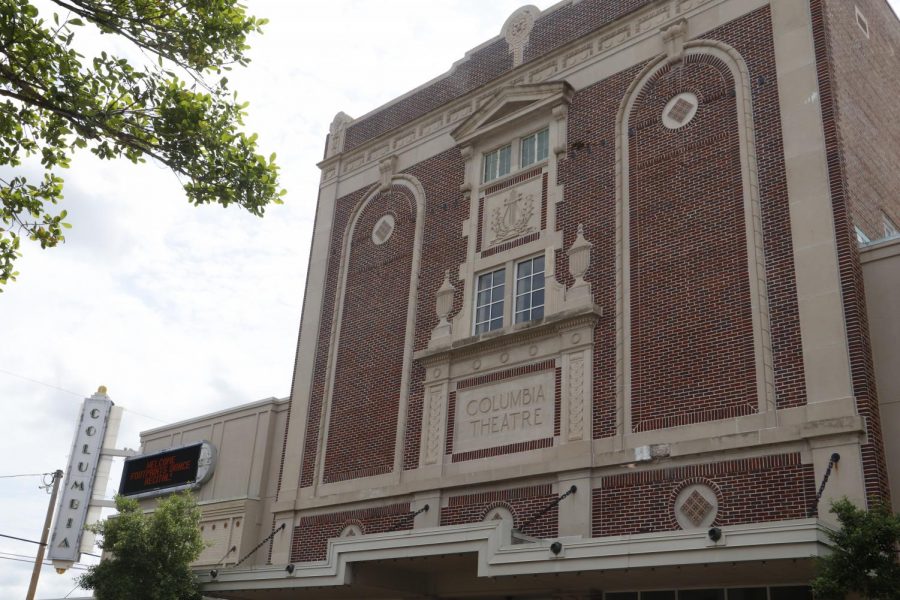 The Columbia Theatre stands tall throughout all of downtown Hammond. The Columbia is currently hosting its famous show online and is awaiting submissions from participants 12 and up.

The Columbia Theatre for the Performing Arts recently announced it will be hosting its second annual “Columbia Famous” talent show. The show is accepting submissions from ages twelve and up, showcasing their talents of visual art, singing, dancing or playing an instrument.

Due to the lockdown last year and the sudden disappearance of live performances, Columbia decided to bring some excitement during this period of 2020 with an online talent show. Participants were encouraged to submit their talents via email and then the winners would be announced online.

The contest gained lots of traction during quarantine because it allowed young people to release their creativity while being stuck at home by sending in a submission.

Artistic director James “Jim” Winter said that it was all thanks to COVID that this contest began.

“You can thank COVID and the stay-at-home order last spring. I wanted us to continue to entertain our public, even with our venue closed. We figured a virtual talent show would be a great way to do that.  It also turned out being a great way to announce our next season,” Winter said.

With this contest being a success last year, the staff decided that it would be a great idea to do it this year as well.

The same rules for last year’s contest apply to this year’s as well. Any video can be no longer than 60 seconds, and all content submitted should be intended for all ages. Participants can all send their submissions to the email [email protected].

The deadline for submissions will be June 1 and the winners will be announced on June 7. Additionally, after the winners are announced the public will vote for the Grand Prize winner from June 7-14.

One show that winners can look forward to next season is “The House on Haunted Hill” that will be directed by Winter.

“I’m also directing a play that might have something to do with a certain famous boy wizard.  We’re doing another murder mystery dinner theatre event and lots of other surprises that I can’t reveal just yet,” Winter stated when going into more detail about the Columbia’s next season.

Along with these prizes, there will also be a live performance of the Columbia Famous Show on Aug. 21.

Winter, along with other staff members, hopes that this talent show will continue to be an annual event in the future.

“We’re really excited. It was originally supposed to be a “one off” but the response last year was so good we decided to make it an annual tradition,” Winter added.