The Lion's Roar • May 11, 2021 • https://lionsroarnews.com/26022/slu-alumnus-wins-grammy-with-new-orleans-jazz-band/arts-entertainment/ 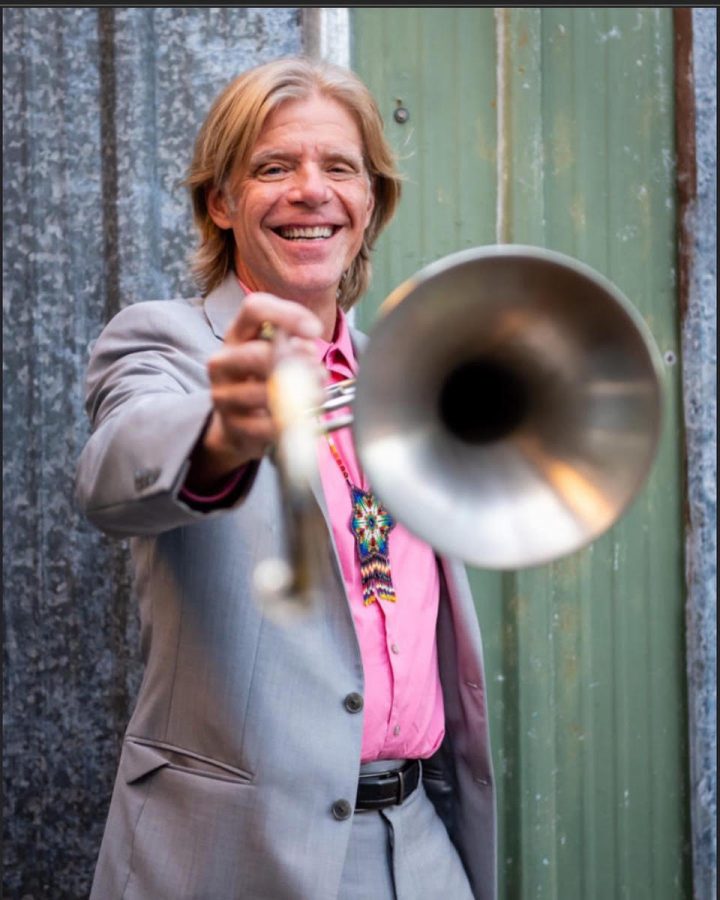 Mr. Klein posing for a solo photo with his trombone. The musician has been playing since he was in the 4th grade, essentially his entire life.

An SLU graduate from the class of 1984 recently won a Grammy with his band, the New Orleans Nightcrawlers.

Craig Klein, the group’s trombonist, shared his feelings on the band’s accomplishment.

The Grammy was for the Best Regional Roots Music Album, granted to the Nightcrawlers for their newest album, titled “Atmosphere.” According to Klein, it was the first record release in over ten years. The Nightcrawlers only released five records in the 27 years they have been together, so winning a Grammy on their fifth is a large achievement for the band.

Klein’s introduction to music began at a very young age. He started out with a hand-me-down trombone from his uncle in the fourth grade. He stuck with it and practiced for years, citing his uncle as one of his greatest jazz inspirations.

During his time at SLU, Klein was a DJ for KSLU, played as a member of the local jazz band and marched with the Spirit of the Southland Marching Band. While he obtained a degree in marketing and spent five years acquiring it, Klein stated that music was one of his greatest outlets.

“Playing music during my years at Southeastern kept my skills refined. It gave me an outlet to play while I was focusing on getting my marketing degree,” Klein said.

Klein also stated that he never expected to win a Grammy during his musical career. His band didn’t have a name when they first started in 1994. It began as a writers workshop, where the members would come over to each other’s houses and play until they found a sound that they liked. Their first record would be released in 1996, two years after the band’s creation.

The Nightcrawlers Grammy win has encouraged them to keep playing and pushing themselves harder than they’ve worked in the past few years.

They plan to have a new record released this October, as well as perform in this year’s Jazz Fest. Overall, Klein said he is very optimistic about the future and will use the Grammy as a motivation tool to keep striving in his band’s music.

He said, “This Grammy brings recognition to not just us, but also the city of New Orleans and the brass band community in general. It was the main focus, putting attention onto the culture that was very integral to New Orleans, way back when it was primarily an African American tradition. This music is very sacred, very spiritual. It honors all the musicians that came before us.”