The Lion's Roar • May 11, 2021 • https://lionsroarnews.com/26025/student-government-association-announces-its-first-all-black-big-three/showcase/ 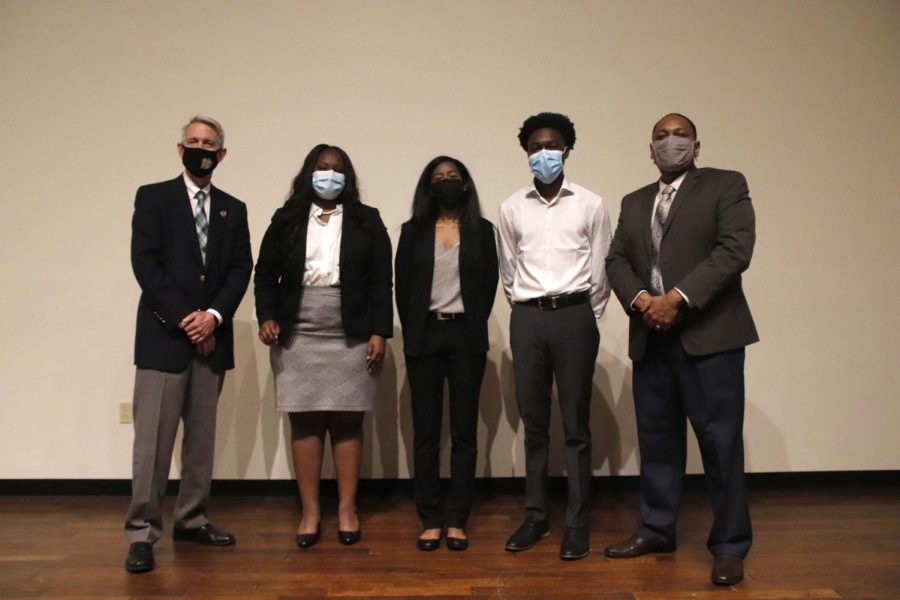 The Student Government Association has announced its first all-Black executive officers from its recent elections.

The cabinet positions are Kelsey Staes, who is chief justice, Ke’Ron Jackson who will serve as vice president and incumbent L’Oreal Williams for president, who will be serving her second term.

Although Spring 2021 has been a challenging semester, the members overcome the challenges of campaigning during a pandemic. For them, the election remained an exciting and rewarding experience.

“My first reaction to winning the election for chief justice was being shocked. I cried when I found out about the run-off. When it was announced that I had officially won I was just in awe for a few minutes because it was real. I was excited, and it just felt rewarding!” Staes said.

Staes, a biological sciences major, said she views the election as a way to inspire other students to join SGA and to encourage more campus engagement.

“I do have programs that I plan on starting as chief justice. I plan to implement several new programs in the judicial branch where justices will educate students about the parking rules, regulations and the parking appeal process,” Staes said.

Similar to Staes, Vice President Ke’Ron Jackson, an English education major, said he was elated to have the opportunity to serve Southeastern.

“Involvement isn’t broken, but I plan to reach out to each college through senators, so students can know what resources are available to them,” Jackson said.

Although campaigning in the midst of a pandemic, members of the Big Three did not allow the changes to stop their plans for office.

“My first campaign experience was very interesting. I enjoyed campaigning; not being face to face with COVID restrictions but still finding ways to interact with my fellow lions. It was fun getting to know students, get their opinion on certain topics and to persuade students that their vote is important,” Staes said.

For Williams, a business management and marketing major, providing resources for students, as well as making the campus more eco-friendly are a few of her campaign goals.

For those interested in becoming a cabinet member of SGA, current members of the Big Three offered lots of advice.

“My advice to students deciding to join the Student Government Association or becoming involved on campus is to do your research on all of the organizations on campus and join which organization that inspires you or resonates with you the most. Becoming involved not only to network but to enhance your leadership abilities and collegiate experience as a whole,” Staes said.

Collectively, all three members of the Big Three agreed that dedication is crucial to a successful campaign.

For more information about the Student Government Association, visit https://www.southeastern.edu/admin/sga/.