The Lion's Roar • May 13, 2021 • https://lionsroarnews.com/26037/southeasterns-sustainability-center-wins-national-award/uncategorized/ 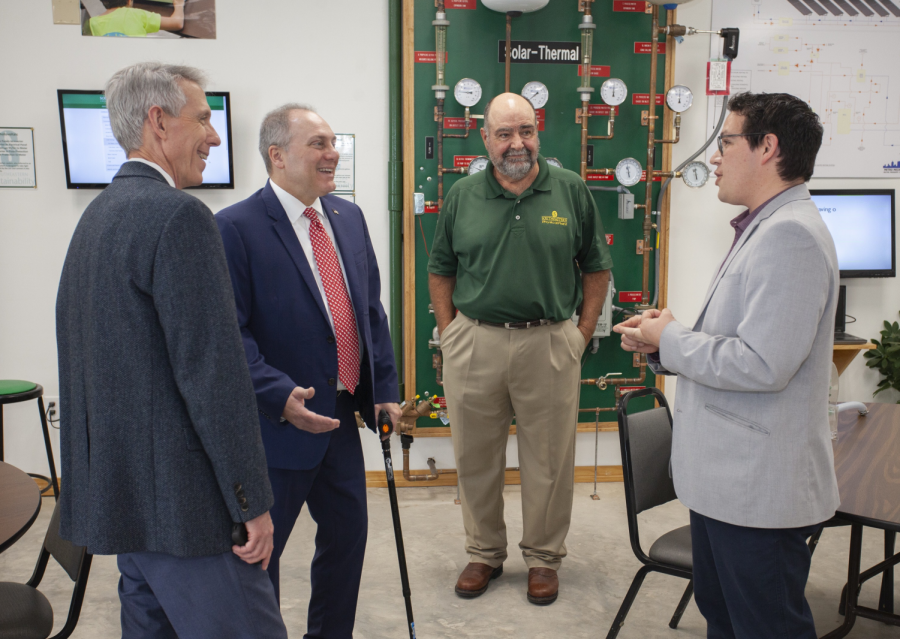 The university was one of only five postsecondary institutions to be recognized.

Graduate assistant Gina Howell and manager Alejandro Martinez wrote a 20-page proposal for the two-month process. The ceremony will take place in Washington D.C. on Sept. 17.

One of the main causes they advocate for is recycling. Right now, there are about 75 green recycling bins located across campus. They accept paper, plastic, metal cans and cardboard, but they do not accept glass, plastic bags, styrofoam or electronics.

Another item often seen across campus that they contributed toward is the 98 water bottle filling stations. The Elkay water filters are made with activated carbon and can purify up to 2000 gallons before needing to be replaced.

They have a sensor that can tell when the bottle is underneath, which is not only putting less plastic in the environment but is useful during COVID times since students cannot drink out of the fountains.

The center also has two electric vehicle charging stations open from 7 a.m. to 4 p.m. This is to reduce the amount of fossil fuel emissions and will save students money from buying gas.

The building itself runs on solar power with sunflower-shaped panels at the front entrance. Martinez explained how a solar power inverter works.

“It works by converting direct currents which move on a more constant wave to alternative currents that move in more varied up and down waves. Everyday items such as your phone charger constantly charges at five volts but it is easier to move the power in alternative and it saves money,” Martinez said.

According to Martinez, “The pipe is a closed unit 300 feet underneath the parking lot concrete. It works differently than a regular air conditioning system because the pipe is warm all year long. So in the winter, instead of using the cold air from outside when you want 70 degrees in the building, you have a smaller difference in temperature with the pipe.”

However, the Sustainability Center’s work is not the only reason they got recognized.

Martinez said, “The award we won isn’t just for the center itself, it’s for several things. The whole campus puts in effort, especially the Lion Traxx bus system created by the transportation department because it puts less cars on the road and therefore reduces pollution.”

There are many projects done by students and faculty, such as what the biology department is doing for coastal erosion in Louisiana. Dr. Rob Moreau takes students to Manchac every January to plant and collect Christmas trees. They have planted 40,000 total in a span of 26 years.

The community garden in front of the center is also sponsored through the student organization Reconnect, where students plant strawberries, tomatoes and more. The organization holds a Farmers Market event for Earth Day, which normally takes place from 10 a.m. to 2 p.m. and has locally grown produce, jewelry and live music.

Correction: This article has been corrected to indicate that the sunflower-shaped solar panel distributes energy to the greenhouses at the Center by converting direct currents to alternative currents instead of distributing energy throughout the university’s whole campus.