Why Pride month deserves to be celebrated 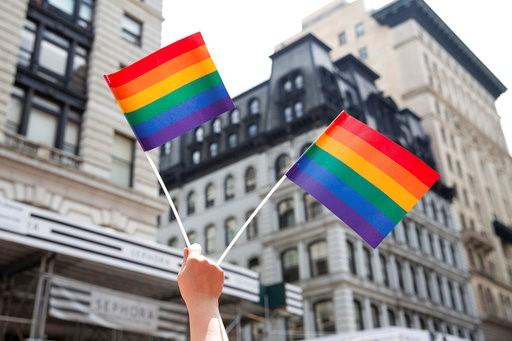 As many of you already know, Pride month, which celebrates the LGBTQ+ community, takes place in June. There are many events to go to, such as LA Pride at Universal Studios and Dodgers Stadium or the NYC Pride parade, which just announced the theme “The Fight Continues”.

However, even if you do not feel comfortable openly celebrating Pride, there are still ways to celebrate such as listening to music by queer artists, watching LGBTQ+ shows or showing flag colors in subtle ways through your phone background or painting your nails.

There are many sexualities one can identify as, and they all have their own individual struggles.

There is the stereotype that men are only gay if they act “feminine,” while lesbians have to deal with the fetishization of their relationships by men.

As a bisexual woman, I know from experience that we have to deal with people saying it’s a “phase” until you find out who you really are.

Transgender people have to face getting hormone blockers, surgeries and being barred from using the proper bathroom.

Non-binary people are people who don’t identify as male or female, and often use they/them pronouns. There are also asexual and aromantic people who don’t feel emotional or sexual attraction to anyone and people may wonder why they are not in a “relationship” yet.

As a whole, LGBTQ people report fearing something as simple as holding hands in public; they can also get turned down for jobs and are five times more likely to commit suicide compared to their straight peers.

The main argument often used against the LGBTQ+ community is on religious grounds. There are verses found in the Bible, such as Leviticus 18:22, which says, “You shall not lie with a male as with a woman; it is an abomination.” However, there are many, including theologians, who say the Bible was mistranslated, making it more stringently anti-homosexual.

Additionally, there are several rules from the book of Leviticus Christians do not follow today, such as the banning of tattoos, pork and shellfish.

Another big issue within the community is queer-baiting, which hints at, but does not depict same-sex couples and is used as a marketing technique by those who are not in the community.

For example, a recent controversy has been Billie Eilish releasing her “Lost Cause” music video and later captioning one of her Instagram posts “I love girls.” In my opinion, the word love doesn’t have to be romantic.

However, queerbaiting doesn’t have to be with individuals, it can also be with companies. For example, Chick Fil A has used a rainbow logo but has a long history of donating to anti-LGBTQ charities.

So after reading this, some may wonder “Why should they be celebrated then?” Well, the whole point is the LGBTQ+ community deserves to be celebrated because, for millennia, those without a strictly straight sexual orientation were persecuted and thereby forced to be closeted, all because they were a little bit different. Pride Month gives us the chance to proclaim that love, indeed, is love.