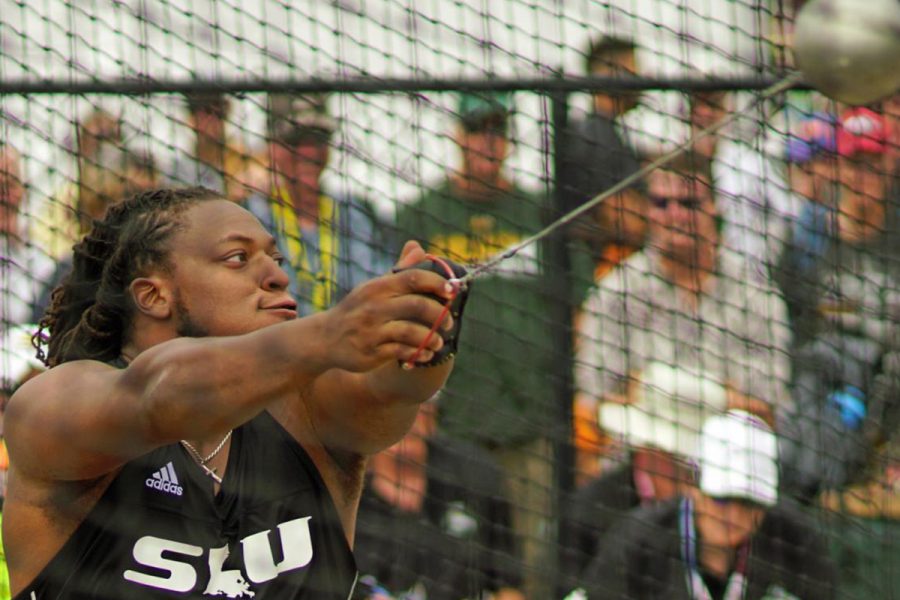 Alex Young winds-up to throw in 2016 Track and Field meet during his time at Southeastern. In August, Young will set his sights on the gold medal after just missing the games in 2016.

The 2020 Tokyo Olympic Games will see a brand new face competing this year as university alumnus Alex Young has qualified for the hammer throw.

In August, Young will set his sights on the gold medal after just missing the games in 2016.

The Nashville native shared how the U.S. Olympic Trials were a nerve-racking experience for him.

“It was extremely nerve-racking considering the fact that there are a bunch of amazing athletes around the country in this competition. You sort of put a lot of your own pressure on yourself. They don’t say the U.S. has the best Olympic team for no reason,” Young said.

Young shared how choosing to attend Southeastern as a graduate student was one of the best choices he has made for his career.

“I met people and had coaches who put me in the right spots to excel. I also met a lot of great people who helped me grow in faith. I met a local pastor in Scott Bonnie and also got close with Dr. Hebert and Dr. Hollander,” Young shared.

Young noted it was a bitter-sweet feeling when he was tabbed to represent the United States in the 2020 Olympic Games.

“It’s something you don’t want to get too emotional about because your job isn’t fully done. You were just one of the best in your country and now you have to go out and compete against people from across the world. My prayers to God were answered as they always are and he followed through as he always does,” Young said.

The 6”2’ hammer throw athlete explained what helped him grow in between Olympic Trials.

Due to the pandemic in 2020, the Tokyo Olympics had to be postponed to this year. Young shared the struggles that came along with that.

“You prepare for the moment to compete in the trials and get ready but it stinks when something like that happens. I had a few more roadblocks along the way too as I had an aunt pass away of cancer, bills were accumulating and I had to find a second job after already working a 50-hour workweek and not being in a glorified sport, I had to sponsor myself due to the lack of sponsors,” Young explained.

Young will leave in 10 days for Japan as the games are scheduled to start on July 23. For the time being, he is currently training in Chapel Hill, N.C. in hopes to strike gold in Tokyo.