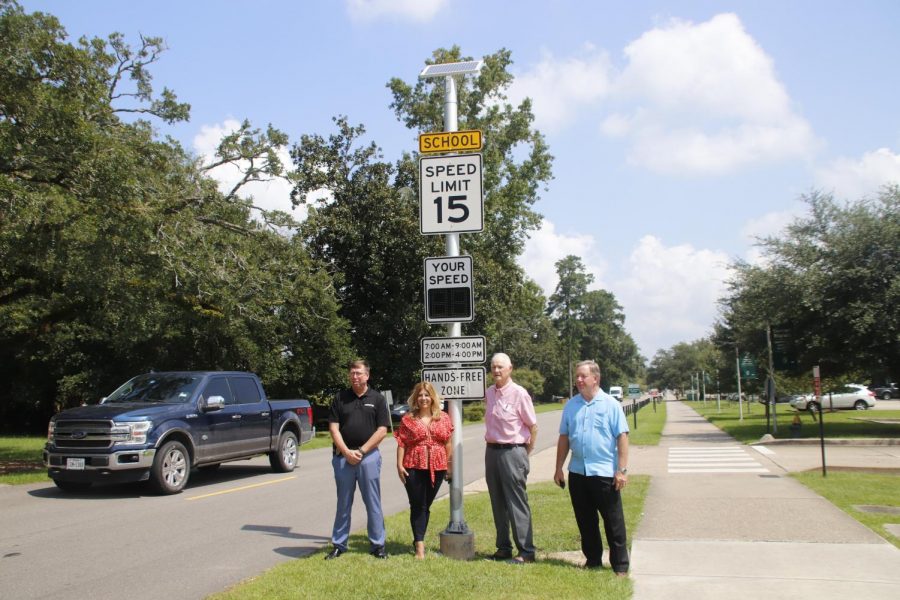 University Police Chief Michael Beckner is pictured with State Farm local agents Alexis Ducorbier, Stan Johnson, and Doug Johnson who awarded Southeastern Louisiana University Police Department a $6,000 grant to purchase three radar speed signs. These radar speed signs have been installed on campus on North General Pershing St. in front of the Southeastern Lab School, on Ned McGehee Dr., and on N. General Pershing Street Ext. This equipment will be used to increase safety on campus and slow down speeders.

According to the University Police Department, the sign installation occurred a week and a half ago.

The UPD applied for this grant to offset the costs of these speed indicators, and four local State Farm agents readily agreed.

Along with Chief Michael Beckner of the UPD, State Farm independent agents Alexis Ducorbier, Doug Johnson, and Stan Johnson, all from the Hammond area, were on hand to unveil the signs. Joyce Jones with State Farm contributed to the grant as well.

The agents made it clear that a community partnership between Southeastern and State Farm is important and that these signs align with State Farm’s mission to protect the safety of others. The independent agents supported funding for the grant along with a matching gift from the State Farm Companies Foundation.

Ducorbier added, “I think any safety precaution like these types of signs that immediately show your speed will have an effect on the area. When people see the number on the sign as they are driving and then realize their speedometer doesn’t match, it’s an automatic response and effect from that person.” 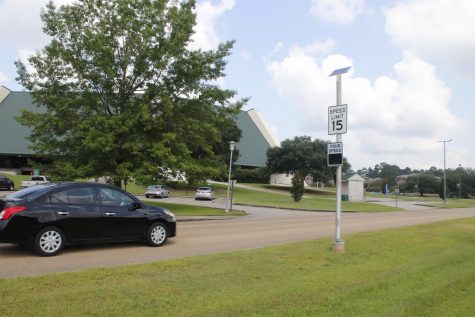 Beckner also noted how these new speed indicators could bring a noticeable effect to the community.

“Southeastern is a big part of Hammond and one of these signs is in front of the lab school where little kids come and go all day. These signs make the whole area safer, especially when you consider the foot traffic in the area from students and community members,” Beckner said. 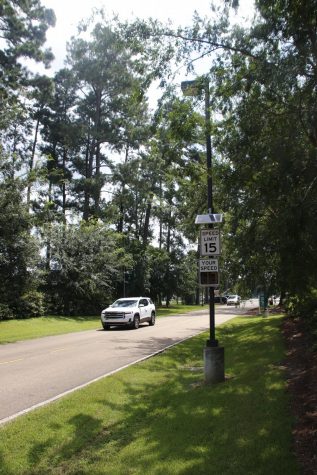