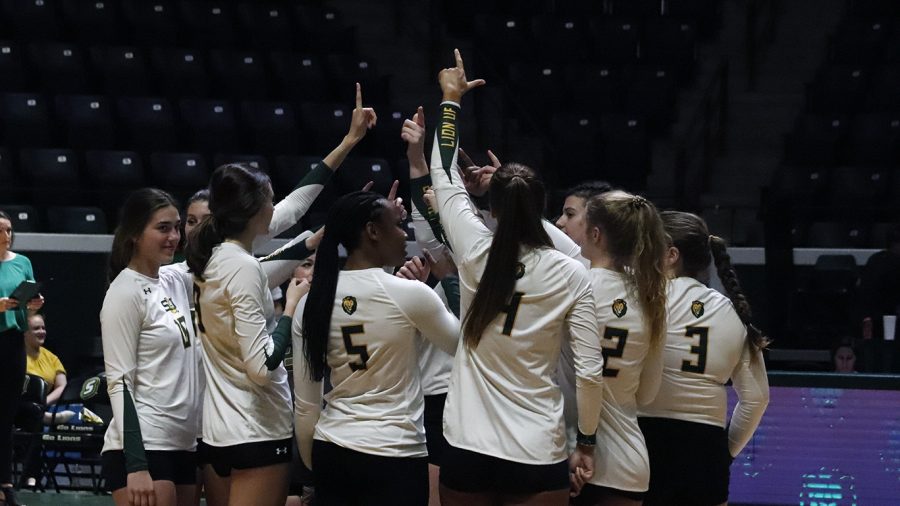 On Nov. 11, the Lady Lions volleyball team made a strong showing in what was their final game of the regular season, against the Lady Demons of Northwestern. The Lions won all three of the initial sets consecutively, ensuring their overall victory.

This capped off a season, which can only be described as a bit of a mixed bag in terms of results (previously being 8-17 W/L), on a high note.

The Lions managed to score 57 points compared to their opponents’ 33. The Lions did not only manage to overshadow their opponents in terms of pure points,  but did so on several key fronts. They slaughtered the visitors in terms of kills 44-29, dealt eight aces as opposed to the Demon’s single ace, squarely beat them on blocks 5-3, trounced them on assists 41-27 and buried them on digs 45-41.

Head Coach Jeremy White expressed his thoughts on the final game and gave a brief reflection on the season as a whole.

“We have had a lot of injuries, had a lot of young kids playing, out of position even at times. I think the big thing we did tonight was we did a better job of playing disciplined defense and turning transition opportunities into points. That’s kind of the big thing we’ve really been struggling with most of the year, is transition scoring and we did a much better job tonight. It’s a big to do with the defense,” White said.

When asked about his thoughts in general regarding being able to cap off the season with a win, White said, “It’s a whole lot better to finish on a win any day.”

As stated previously, this signified a pleasant conclusion to the regular season for the entire team, there is one team member, however, to whom this victory holds special significance.

Karlee Wilkerson, a senior middle blocker for the Lady Lions, played her last game on home soil and did so in tremendous fashion. She led the pack in terms of kills with a total of 12 and her name could be heard echoing across the stadium several times as she made strategic plays.

She was honored before the offset of the match, being handed a framed jersey and a bouquet, surrounded by friends and family. After their successful bout, she could be found in utter glee on the sideline with her teammates.

“I’m feeling really good, I think we came out a lot stronger, not necessarily than I expected, but we’ve had some struggles in the last few games and I feel like all our frustration finally just let out. So we finally got the win that we needed,” Wilkerson said.

Being that this was her final home game, the emotional effect was apparent.

She said, “It feels great, because like I said, we’ve had a rough few last games and I really wanted to go out on a bang and I feel like we did, we really made a statement.”

Now that the regular season has concluded, the next game on the Lady Lion’s horizon is the Southland Conference on Nov. 19 at 2:30 p.m.