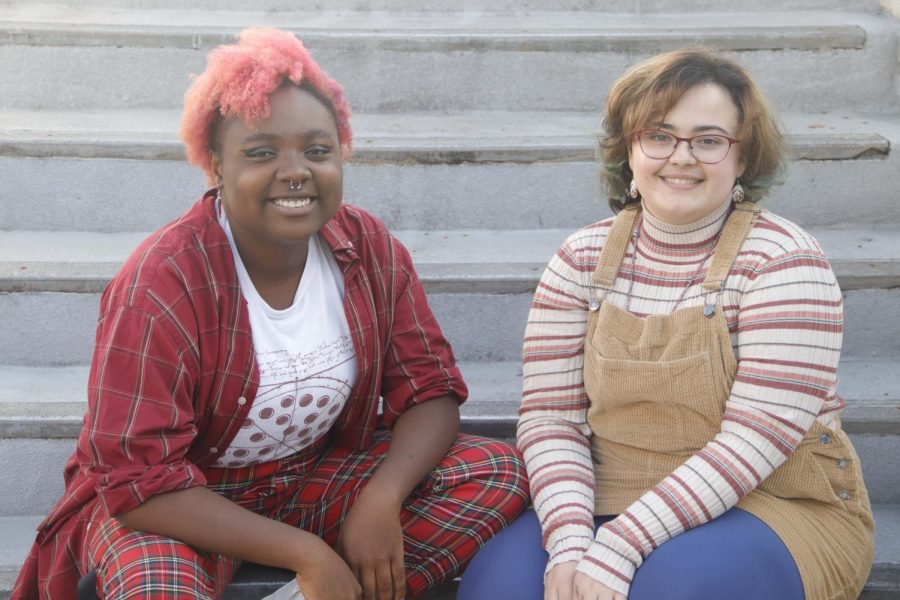 The Lavender Lions is a new organization dedicated to queer SLU students and their allies.

The organization, founded and led by junior art history major Mo Heggins, is designed to give queer students a place to be themselves and feel at home amongst others who are like them.

Lavender Lions is a brand new organization here on campus, as it has only been recognized as an official school organization recently. Now that they are official, Heggins and Vice President Rosemary Matthews have plans to grow their community.

“We have many different ideas for what we want to do, and we’ve already done some events such as Friendsgiving, Transgender Day of Visibility, airbrush tattoos in the Breezeway, and our Big Eden movie night. We also have online events like our Minecraft server and our Discord,” said Matthews.

The history of LGBTQIA+ clubs on campus does not start with the Lavender Lions, however.

Instead, a former club known as standOUT was the main place for queer students to gather and bond. While the organization of standOUT is no longer a part of SLU, Heggins has goals to make their organization much more inclusive and peaceful than its predecessor.

“I was their secretary my freshman year, so I saw that standOUT had several internal issues that caused its downfall. For one, we didn’t allow allies to come to our meetings or join the organization, it was exclusively for queer students only,” Heggins said. “They also focused more on activism like counter-protests against the preachers who come to school. We want Lavender Lions to be better than that. We allow allies to join the organization and we focus more on being a safe space rather than an activist group.”

The organization also promises to have training sessions for safe spaces that will allow students to understand what these are and how they can respect them properly.

The name “Lavender Lions” is not just one based on alliteration. It has special meaning to the members of the organization.

The color lavender is meaningful to the LGBTQIA+ community as it traditionally represents beliefs of pride and strength.

“If you graduate, and are a queer student, you get a lavender chord at your graduation. The color is a way to honor who you are as a person and a way to show off your pride to others,” Heggins said.

For any queer students or LGBTQIA+ allies who wish to join Lavender Lions but might be nervous to take that first step, they encourage anyone to follow them or join their upcoming in-person meetings.

“Living happily is the best rebellion, it’s great to be involved with people who care about you. Take that first step, see where it goes,” said Heggins.

If you would like to learn more about Lavender Lions, visit their Instagram page at @lavenderlions for event updates and news.