A time of transition: Student Publications undergoes changes to budget and production 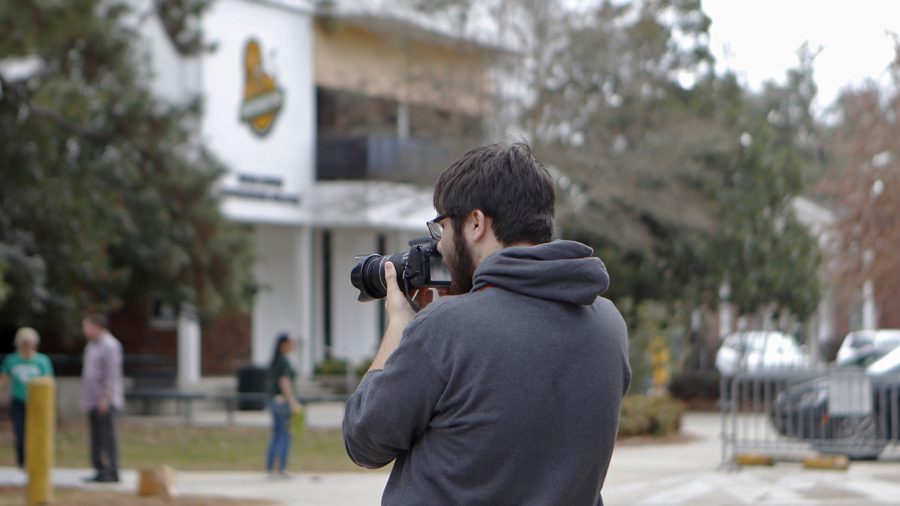 Both The Lion's Roar Newspaper and the Le Souvenir yearbook have been in continuous circulation since 1937 and 1929 respectively with the exception of one volume of Le Souvenir during the World War II era. Today, the student-led publications continue to strive for serving the Southeastern and Hammond community with timely news and meaningful memories.

Southeastern has reduced the budget for the Office of Student Publications by 50 percent in order to facilitate additional Title IX officers on campus.

The university lowered its Student Publications university-assessed fee, the primary means of revenue for both The Lion’s Roar newspaper and Le Souvenir yearbook, from $12 to $6 per student each fall and spring semester and from $6 to $3 each summer semester. The other half of the original Student Publications Fee has been reallocated toward a $6 Title IX Support Fee. Both publications have been in continuous circulation since 1937 and 1929 respectively with the exception of one volume of Le Souvenir during the World War II era.

Due to these changes, The Lion’s Roar has ceased weekly printing and shifted entirely to a digital format. The Le Souvenir yearbook has also ceased its traditional distribution. The format of future yearbooks has yet to be determined.

The fee modifications have also resulted in the reduction of professional staff within the office, including the elimination of the director position and the vacancy of the administrative assistant II position. Student Publications now has one full-time coordinator, Lorraine Peppo, and one faculty advisor, Dr. Chelsea Slack, who fulfills a part-time position.

In a letter dated Aug. 5 to the University of Louisiana System requesting the change, Southeastern President Dr. John Crain stated that the modification allows for appropriate levels of support for both Title IX offices and Student Publications.

“This proposal reallocated resources, which historically have been utilized primarily to pay for printed media, towards support for student discipline and victim support, particularly for power-based incident response, prevention, outreach and victim assistance,” Crain said.

The request was approved by the Board of the University of Louisiana System in August.

In a statement by the board’s finance commission, the switch to digital formats of distribution was justified as a cost effective solution.

“The transition from print to electronic media will result in significant savings. More importantly, the move to digital platforms is more closely aligned with market trends and curriculum which will better prepare students to be more competitive and effective in the workplace,” the statement read.

Coordinator of Student Publications Lorraine Peppo assured both The Lion’s Roar and Le Souvenir will continue to operate.

“Despite the recent fee reduction, the student staff of The Lion’s Roar and Le Souvenir have proven that they will remain dedicated to producing quality news content that serves not only Southeastern students, faculty and staff but also the surrounding community. In addition, The Lion’s Roar and Le Souvenir will continue to serve as designated public forums for expressing ideas and opinions in a free and open environment but in a primarily digital platform,” Peppo said.

Other faculty members have also shown support to Student Publications during this time of transition.

Susan Matherne, an instructor of graphic design, earned her undergraduate degree in journalism and has a long history of working in student publication departments.

Advocating for the continuation of printed materials, she said, “I have a lot of optimism that Student Publications will not go away. They are too valuable, and my hope is that people who are advocates like myself can find ways to get them back to print. Nothing replaces producing something with ink and paper.”

Although The Lion’s Roar is currently not printing, the student-led newspaper will continue to provide students and the Southeastern community with essential news coverage through lionsroarnews.com as well as its app.

The Lion’s Roar will also continue to provide updates regarding the Le Souvenir yearbook and other publications.