Head to Head: Tobey Maguire is the best Spider-Man 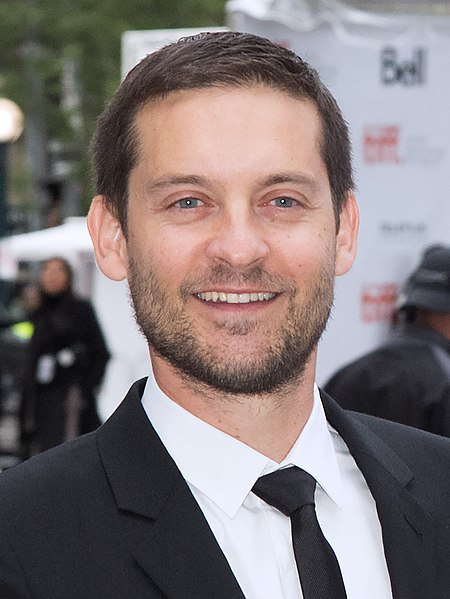 With the release of “Spider-Man: No Way Home,” the ever-intense debate over the best on-screen portrayal of the web-slinging superhero has been renewed.

Superhero movies, and movies in general for that matter, have changed significantly since Spider-Man first graced the big screen in 2002. Despite all of this, I still hold the belief that there has yet to be a better portrayal of Spider-Man than Tobey Maguire’s original.

I am particularly biased in this debate. Not only is Spider-Man my favorite superhero, but I have also seen the first two Spider-Man movies more times than I can count. In first grade, I would watch the first Spider-Man movie every single day when I came home from school. I can practically recite every gloriously campy line from memory.

I have had many arguments with my friends over the years regarding this topic. Most of the arguments against Maguire being a good Spider-Man essentially boil down to his apparent lack of “comic authenticity.” Many say that Maguire is a good Peter Parker but not a good Spider-Man because he doesn’t act like Spider-Man in the movies.

Maguire’s portrayal of Spider-Man may not be as faithful to the comics as Tom Holland’s or even Andrew Garfield’s Spider-Man portrayals, but I believe that Tobey Maguire captures the character’s spirit better than the other two.

The driving force behind any good Spider-Man story is the theme of responsibility. Unlike other superheroes such as Superman, Spider-Man’s secret identity isn’t just a facade. Peter Parker is a normal person with a multitude of problems that do not go away just because he has superpowers. Running off from his personal life to save the day has consequences. This is one of the most critical aspects of the character.

His duties as Spider-Man hinder his life as Peter Parker. Despite this, Spider-Man always makes the right choice at the end because of his strong conscience. This dynamic has yet to have been portrayed on screen better than 2004’s “Spider-Man 2.”

In the movie, Parker’s duties as Spider-Man prevent him from doing well in school, force Mary Jane to distance herself from him and cause him to be late on his rent. The poor guy can’t catch a break, and the movie makes this extremely clear. Despite his duties as Spider-Man making Parker miserable, he still dons the costume because as his Uncle Ben told him, with great power comes great responsibility.

In order to do the right thing and make the responsible choice, Spider-Man is sometimes forced to give up the thing he wants the most. This is the most interesting and relatable part of the character. We are often placed in similar situations in our own lives. Of course, we don’t have to fight a mad scientist with four arms or a flying green elf, but sometimes doing the right thing is overwhelming and requires a great deal of sacrifice and commitment.

Sacrifice, responsibility and hope are three traits that lie at the heart of Spider-Man’s character. All three of these elements are portrayed in Sam Raimi’s original Spider-Man trilogy. So far, no other portrayal of Spider-Man has been able to capture this.