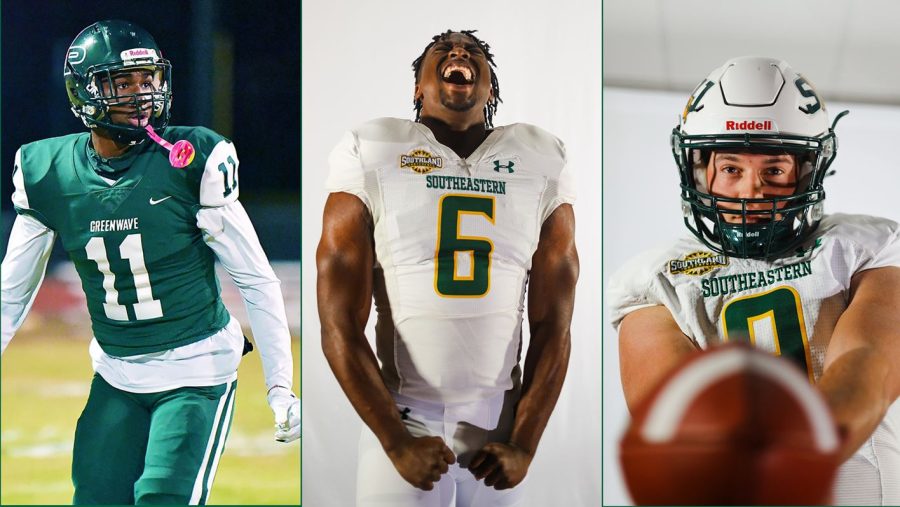 The trio joins the 11 others who signed back in December during the early signing period putting this ‘22 class at 14 total members.

Finley is the younger brother of former LSU quarterback TJ Finley who is now at Auburn. The Ponchatoula native helped the Green Wave to a state championship appearance at the Superdome in December where they ultimately fell short to the Broncos of Zachary.

The 6’5 200 pound wide receiver tallied 112 receptions for 1685 yards and 16 touchdowns during his high school career. Coach Scelfo said he likes Finley’s size and thinks he will be a matchup problem for defenders.

Meanwhile, Mahler figures to be a possible dual threat for SLU at both kicker and punter. The 5-foot-6 185 pounder attended St James High, where he was named to the All-State, All-District and All-Metro teams multiple times.

Graham Jr., better known as “Rodeo,” rounds out Scelfo’s class in style. While attending University High in Baton Rouge, Graham Jr. earned All-State and All-District honors en route to leading U High to a state championship during his senior season.

The 6-foot 215 pound bruiser is a physical downhill runner. He was given the nickname “Rodeo” because of his love for riding horses. Graham Jr. even competes in rodeos during his free time participating in team roping.

These three signees will look to bolster the Lions roster come next fall.