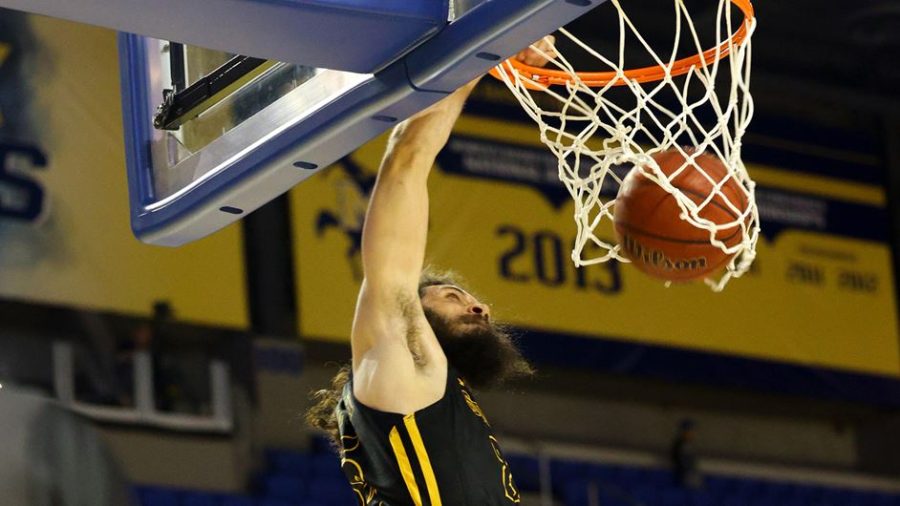 SLU enjoyed an eventful week in sports on Feb. 1-7.

The first game was a Feb. 3 contest against McNeese in Lake Charles, where the Lions won 83-78. This was an identical score to the team’s victory over McNeese on Jan. 7 in the Southland Tip-Off earlier in the season.

After falling behind 8-0 early on, the men rallied to take the lead before the first half’s midway point and never looked back. SLU shot 52.4% from beyond the arc as seven different players made at least one three-pointer.

Feb. 5 was a different outcome for Southeastern as they dropped Saturday’s game 80-93 vs. Houston Baptist away from home.

This high-scoring affair in H-Town was back and forth for much of the first half, but it was the visitors in Green and Gold who walked into the halftime locker room with a 50-44 advantage.

The second half told a different tale. The Cougars took the lead with just under nine minutes to go and cruised to a 13 point win as the Lions ran out of steam.

Jalyn Hinton led SLU in defeat, putting up 22 points and 9 rebounds. Burkhardt and Roscoe Eastmond tacked on 16 and 12 points respectively.

Women’s hoops keep rolling as the ladies remain undefeated in Southland conference play. However, McNeese made life difficult for Southeastern in the Feb. 3 matchup, leading for the entirety of the game after SLU made the first bucket to go up 2-0.

Their largest lead of the game was 11 in the second quarter and the Cowgirls went into halftime up 34-26. The Lady Lions never gave up, making a late push to surge past their opponents right at the end.

McNeese led 68-66 with 35 seconds left and the ball but came up short on a three-point attempt. Southeastern grabbed the rebound and scored on the other end to tie through Morgan Davis, who was fouled in the act of shooting.

Davis sank the clutch free throw and a Caitlyn Wiliams steal in the dying seconds tied it up in what would turn out to be a comeback victory. SLU only led twice the whole game at 2-0 and 69-68 with the clock at double zeroes. Top scorers were Chrissy Brown with 12, Caitlyn Williams at 14 and Davis with a career-high 19 points – none more important than her final three.

On Saturday, Feb. 5, winning ways continued as the ladies pounded Houston Baptist 52-30 through their stifling defense. Southeastern never trailed and was only tied once at 5-5 in the first quarter.

Tennis dropped its second contest of the season 0-7 to Wyoming in McComb, Miss. on Feb. 5. The team only had five available players for singles but was swept in doubles as well.

Next up is a Friday, Feb. 11 match vs. South Alabama in Mobile.

Mobile was the track and field team’s tournament destination, the USA Invitational on Sunday, Feb. 6. The squad enjoyed yet another solid weekend performance but stepped it up a notch this time out setting two records.

On Feb. 6, Bradley Makuvire’s time of 8:19.53 in the men’s 3k set a new record at South Alabama despite coming in third, showing the sophomore sensation has been continuing his success from last season in style. Makuvire participated in the men’s one mile as well, finishing second (4:10.10).

The other record set by Southeastern came in the men’s 4×400 relay, comprised of Eugene Omalla, Damon Morton Jr., Gersen Pozo and Agerian Jackson. A time of 3:14.14 won it for the Lions.

Chelsea Harrington rounded off the top Southeastern performers with 5.92m in the Women’s Long Jump. Next for track and field is the Iowa State Classic, which will be held on ISU campus Feb. 11-12.