Lions rally in the second half to beat McNeese Cowboys 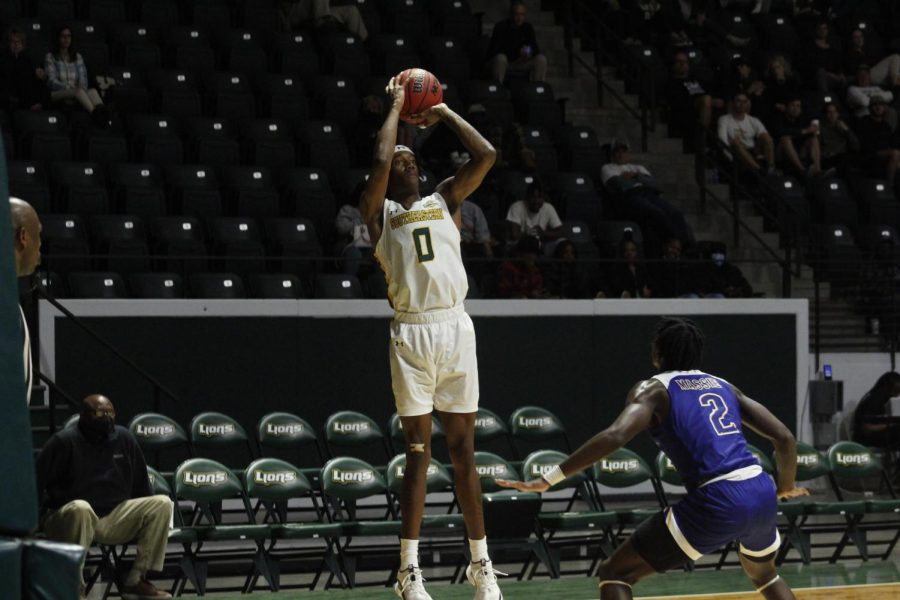 Southeastern’s Lions secured a conference win over the McNeese State Cowboys with an offensive show after being down by six at halftime in the University Center on Feb. 10.

With a final score of 91-86, SLU gathered in the final minutes to hold back McNeese’s offense. Timeouts by both teams in the game’s final minutes allowed the Lions to compose themselves with a defensive game plan.

Head Coach David Kiefer said, “We knew that they were going to start pressing and trapping to try to get steals. We were making sure we had the ball in the right people’s hands to not only turn it over but also if they start fouling, we want to make sure we have the best free-throw shooters with the ball. And to also let them know we had timeouts just in case they got trapped.”

The team’s scoring leader of the night, junior guard/forward Gus Okafor, had 24 points with nine rebounds during his domination of the Cowboys. His offensive efforts propelled the Lions throughout the game which complemented his past match against McNeese this season.

“Gus is one of the best competitors, best kid and one of the best recruits we’ve had since I’ve been here. He is just a huge leader for our team, a huge asset for our team and he does so many things on both ends of the floor. We are really lucky to have him,” Kiefer said.

Keon Clergeot (18 points), Jalyn Hinton (18 points) and Joe Kasperzyk (15 points) helped Okafor with the Lions’ aggressive efforts combining for 75 points. During the offensive-heavy night, the four shooting stars made up 82% of SLU’s points.

Hinton had a perfect night shooting (9-9 for 18) which paired well with teammate Roscoe Eastmond helping with 11 assists for the Lions. The team’s collective effort of 29 rebounds supported the aggressive playstyle of the Lions’ star-studded roster.

The Lions look for their next win Saturday, Feb. 12 at the University Center against Houston Baptist University.