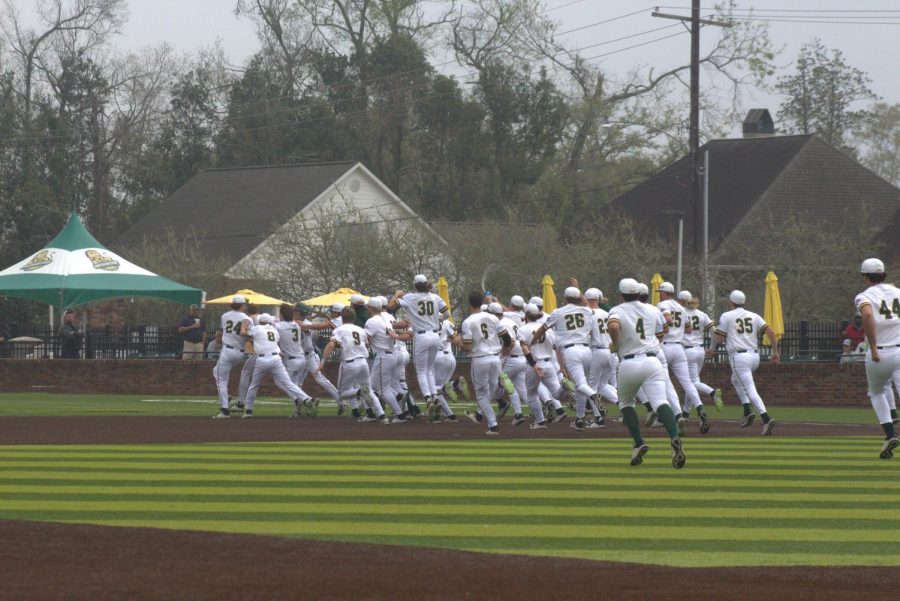 Softball split the pair of games they were able to play in the 2022 Memphis Tournament with Central Arkansas 1-6 and South Dakota 13-5 on Thursday and Friday (March 10-11).

Heather Zumo picked up her ninth win of the season in relief v.s. the Lady Coyotes pitching 2.1 scoreless innings. Lexi Johnson led the way offensively with three doubles and a pair of RBIs.

The ladies missed out on playing Oklahoma State, a rematch with Central Arkansas and host Memphis due to cancellation.

Baseball dropped their return game in Ruston to LA Tech 13-1 on Wednesday (March 9) after beating the Bulldogs 4-3 two weeks ago in Hammond. The Lions bounced back winning the first two contests of a three-game series v.s. Tennessee Tech at Alumni Field.

Game one was a wild affair as SLU came out on top 2-1 in extras on Friday (March 11) after being no hit through the first 8.1 innings of play.

Will Kinezler pitched a gem lasting nine innings while tossing nine strikeouts and giving up just a single run which happened to be a solo jack to shortstop Ed Johnson on the first pitch of the ball game.

Southeastern scored two runs on just two hits sending the game to extras in the bottom of the ninth through Tyler Finke swiping home with two outs and the bases loaded.

An eleventh inning was thought to be on the cards when Trey Harrington hit into a double play with one out and runners on first and second. However, the call was overturned, Harrington was ruled safe at first and baserunner Christian Garcia had come around from second to score to win the game for Southeastern in bizarre fashion.

Men’s and women’s basketball both reached the championship game of their Southland conference tournaments but each fell one win short of making the Big Dance effectively ending their hoops campaigns.

Southeastern yet again found themselves deadlocked after regulation but this time fell to Incarnate Word 56-52 (March 13) in their second straight overtime bout.

Beach volleyball dropped their lone contest of the week losing 2-3 to Spring Hill (March 8) at home.

Tennis also lost their only matchup of the last seven days to Northwestern State 1-6 on Saturday (March 12) in Hammond.

Outdoor track got their season started this Friday and Saturday (March 11-12) in Mobile at the South Alabama Invitational.

The men’s team finished tied for second with Dillard just out of ten teams just behind USA who won the competition.

The women’s team also fared well placing third out of nine squads as the Lady Jags completed the double for the hosts.

Overall, there were many standouts. Freshman Tyler Clemmons came in first in the Men’s 800 Meters with a time of 2:00.77.

Chelsea Harrington continued Southeastern’s dominance in the event by coming in first in the Women’s Long Jump (5.77m 18’11 and ¼).