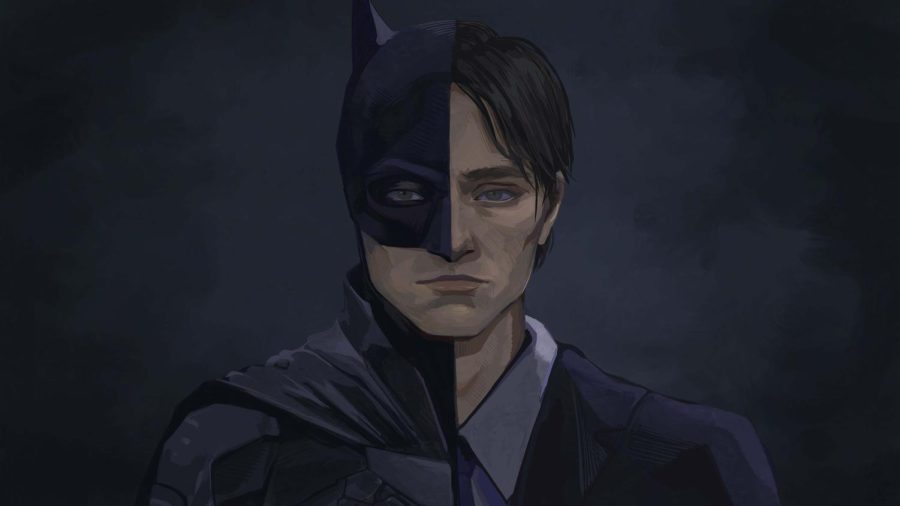 When Robert Pattinson was announced as the new face of Batman, many fans were taken aback by the decision. Not knowing what to expect, some looked to the film with optimism, and others with concern. However, this portrayal of the dark hero greatly exceeded expectations.

The film’s neo-noir aesthetic is a match made in heaven for Gotham City, as well as Batman and his adversaries. Skipping out on an origin story, the film does a wonderful job of convincing the audience this world has been pre-established, and this is a much different Bruce than previous adaptations.

Instead of taking the billionaire playboy route, this version of Bruce is disturbed and outcast, grieving over what he has lost. Reclusive and furious, this is a Bruce Wayne that embodies retribution as the caped crusader.

While this Bruce was a refreshing and well-done depiction, it is Pattinson’s performance as the Batman that makes this film an amazing experience.

When Bruce puts on the cowl, he transforms from a grief-ridden man to a feared creature of the night. It is the perfect balance of a terrifying Batman, yet one that has human flaws and baggage.

*Spoilers below for the first scene of the film*

The opening sequence perfectly captures what this Batman is to Gotham. As the camera establishes varying shots of the city’s slums and neon lights, the Bat-Signal illuminates the sky. The sight of this makes criminals flee in horror.

While many cower and retreat, a group of goons in the subway do not get the memo. As a citizen reaches his stop, he is chased down by the face-painted men to a corner with no escape.

As the men make their demands, a figure slowly emerges out of the shadows. The dim lighting illuminates the figure and his cowl, as it steps forward with a clear purpose in mind. The robbers jokingly ask who he is supposed to be, and one attempts to attack.

Batman proceeds to violently beat down this attacker, repeatedly striking him even when he collapses to the ground.  After this brutal takedown, he looks up and tells them exactly what he is supposed to be.

Vengeance is what this Batman perfectly captures – a figure that instills fear in his enemies while also inspiring hope for Gotham’s citizens. The film included many unforgettable scenes that convey this.

A key example is an upside-down shot of Batman walking through flames, slowly approaching the camera. Another is a hallway fight with the only light source being the flashes of gunfire.

These scenes all represent a much more intimidating Batman, and it works beautifully. Combined with Michael Giacchino’s memorable score, there are no dull moments when Batman is on screen.

Bruce’s story is done engagingly but compared to the presence and sheer intimidation this Batman has, I believe this outshines Bruce’s story. Rather than Bruce being distinct from his secret identity, the true Bruce only comes out when he puts on the mask.

Bruce’s personality is communicated through Batman. With an increase in confidence and a burning desire to bring all criminals in Gotham to justice, the mask gives him an outlet and a purpose.

“The Batman” shines through its cinematography, soundtrack, plotlines and portrayals of these familiar characters, but above all, the dark knight himself made the film what it was. And he delivered what he had plenty to dish out: vengeance.