A playwright with a passion: Donna Gay Anderson 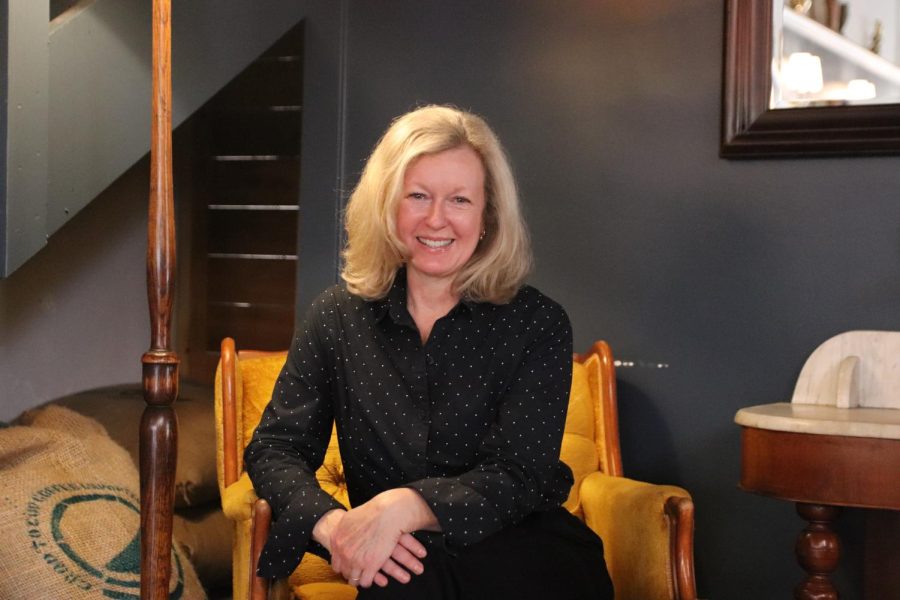 A life in theater inspired Southeastern alumna Donna Gay Anderson to become a playwright and led to the creation of her new musical, “Unfolded.”

Playwright and lyricist Anderson has a rich history in theater and a deep love for the theatrical world. She continues to be active in theater today. Currently, she is collaborating with Theodore Christman to produce her new musical, “Unfolded.”

Anderson was introduced to the theatrical world at a young age. Her mother, Vonnie Borden, was the first female theater director at SLU and the campus theater bears her name.

She grew up attending play rehearsals with her mother. As she got older, she performed in school and in the Hammond Children’s Theater Workshop.

Anderson continued to be active in theater throughout her time at Southeastern.

“Theater has just always been in my blood,” she said.

After graduating with a bachelor’s degree in speech communication from SLU, Anderson attended a conservatory program in New York City, where she stayed as a talent agent for ten years.

She then moved back to Hammond and became the artistic director of the Columbia Theatre and Fanfare. Anderson remained the director until retiring 11 years later at 50 years old. She wanted to focus on her writing, and that is how her first play was born, “High and Mighty.”

“Southeastern has a rich history in the arts and they were very supportive of my endeavors. I wanted to learn how to write better and I wanted to write plays,” Anderson said.

“High and Mighty” was produced by Southeastern and directed by the university’s associate professor of acting and directing James “Jim” Winter. Anderson said she has always been active in the community’s theatrical world and she continues to inspire her colleagues every day.

SLU’s instructor of acting and directing, Anne-Liese Fox, said she has had the pleasure to work with Anderson on multiple occasions and continues to be inspired by her work.

“Donna Gay continues to inspire me because she is always stretching, always learning and reading and watching productions. Community forms around Donna Gay and she has built a rich base of artists around the country that she collaborates with. I feel fortunate to be in that number,” Fox commented.

While many plays mainly focus on a unique topic and theme, Anderson’s plays are character driven, as is the case with her newest musical “Unfolded.” “Protagonists inspire me,” Anderson added.

She is currently collaborating with Opera Composer Theodore Christman to create the musical, which tells the story of an American woman’s struggles and her new life as a caregiver for disabled, abandoned children in Haiti.

One of the major aspects of “Unfolded” is the richness of Haitian culture. The importance of the cultural accuracy in her play has led to setbacks in production.

To accurately portray her characters and their culture, Anderson attended a seminar on “How to write about cultures other than your own.” At this seminar, she was introduced to a Haitian-American writer who wanted to collaborate and be the cultural consultant to write the characters more authentically.

She has also found it challenging to work in an area where theater is not the main priority; however, virtual seminars and workshops have helped expand the theater world to her. Anderson is always working on a new play and hopes to write more short stories in her future.

Besides writing, she also enjoys cooking, reading and spending time with her friends.

To those interested in becoming a playwright, Anderson advised, “See as many plays as you can and find any experience you can working with a production, and just write.”

To learn more about her current musical, “Unfolded,” you can visit the YouTube channel, UNFOLDEDa musical in development. For more information about Anderson and her projects, you can visit her website: donnagayanderson.com.