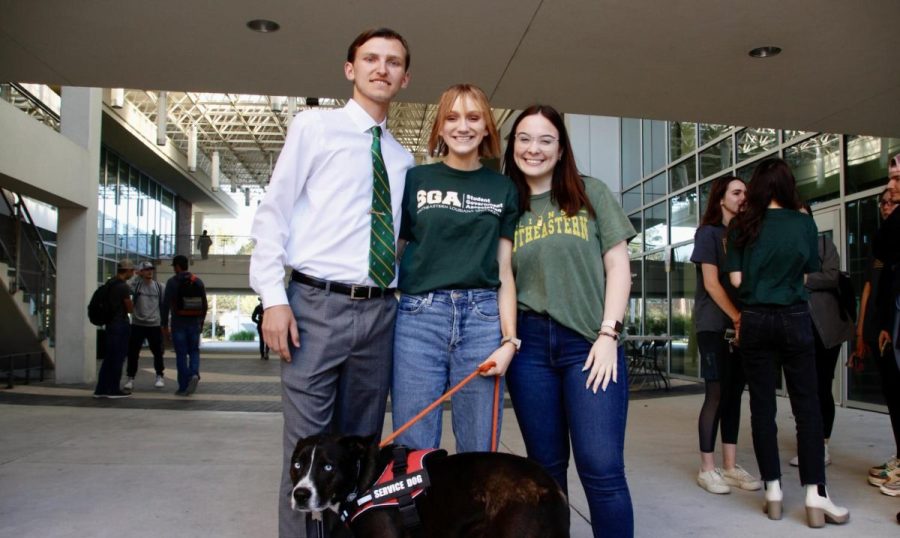 SGA is focused on making Southeastern feel like the strong community it strives to be while also representing the student body’s voice during the decision-making process.

Newly-elected SGA President Baileigh Picou said she is determined to make a difference and give back to Southeastern’s community.

“I want to make Southeastern more equitable: to have the students see what it is like for students with disabilities and chronic illness and find ways to make it better. It’s about going from good to great,” Picou said.

The junior general studies major began her SGA journey as director of government affairs, then moved to chief of staff. While in that role, she was encouraged by previous SGA President L’Oreal Williams to run for president.

Like Picou, Chief Justice Michala Torres was also encouraged by Williams and her mentors to run for office. Torres expressed her goal to bridge the gap between the students and the people in charge.

“SGA is supposed to be the voice of the student body. I want to make sure students feel included in the decisions,” Torres said.

Newly elected Vice President Joshua Freeman is also working towards increasing student involvement on campus by encouraging students to get involved in clubs and organizations as well as raising awareness for organizational grants.

“I’m going to try and help out in any way I can,” Freeman said.

The newly elected SGA Officers are passionate about Southeastern and the students who make it a community. Their goals are set to improve student life for students on and off campus.