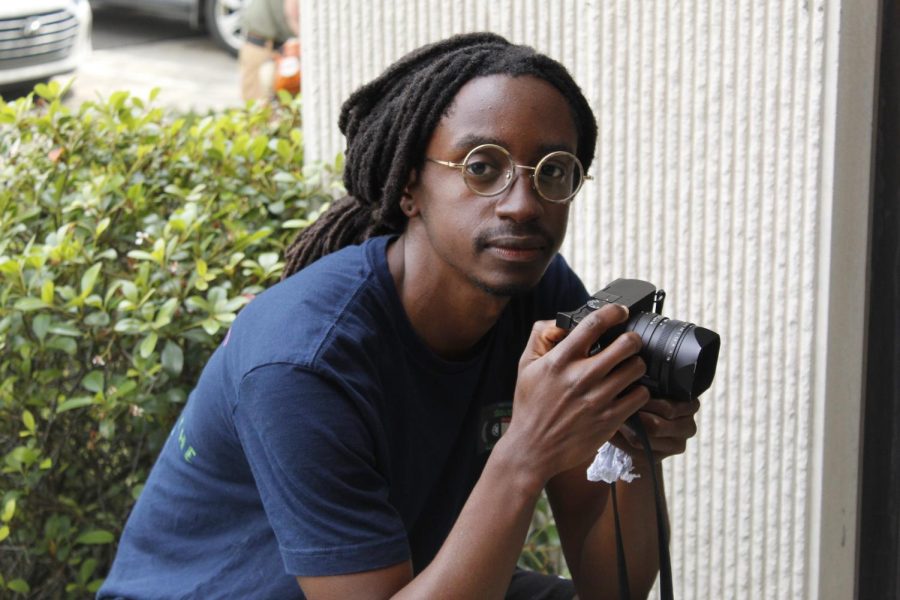 Dent described how his mentor inspired him to get into photography due to a wave of protests in the aftermath of George Floyd’s death in 2020.

“My mentor provided me with a camera and I loved how he shot, he shot everyday people and he works as a teacher. He always captured the brilliance and the essence of the students that he worked with and I thought that would be a cool idea for me to do so I started in 2021,” Dent said.

Dent describes how social work plays a big role in his photography. He explains how the African American community has been through a lot so he wants his art to be positive.

“Social work is a main part of what drives my photography. Social work is the ability to connect vulnerable populations and so I capture African American communities. We’ve been through so much with racial problems, discrimination and stereotyping. So I think it’s important for me as a social worker to view people that look like me in a positive way,” said Dent.

He uses his photography to highlight aspects of the African American community that isn’t shown in the media.

“I think the camera just embraces the idea of discovering that gift of a film or a tangible item as a print so you can see the other side of African American communities. The one that’s not displayed in the media. They always display us in a negative way in the media but I think it’s important to have that positive side as well,” Dent said.

Dent expressed that his exhibition will consist of different aspect of the community that brings it together as a whole.

Dent believes that everything happens for a reason in life.

“I think when you go about life being open to what life has to offer, you come in contact with people that support you and you support their vision as well,” Dent said.

“They actually followed me on Instagram about a year ago and this show was been supposed to happen but it didn’t happen because of the COVID pandemic so a lot of things were out of my control. They contacted me about six months ago saying that we could put on a show and we followed up with that idea and now it’s happening.”

The reception for this exhibition will open on Saturday, April 16 from 6 to 9 p.m. The exhibition will be on until May 1. To see more of his art you can visit his website.