Ketanji Brown Jackson and her fight to be the first 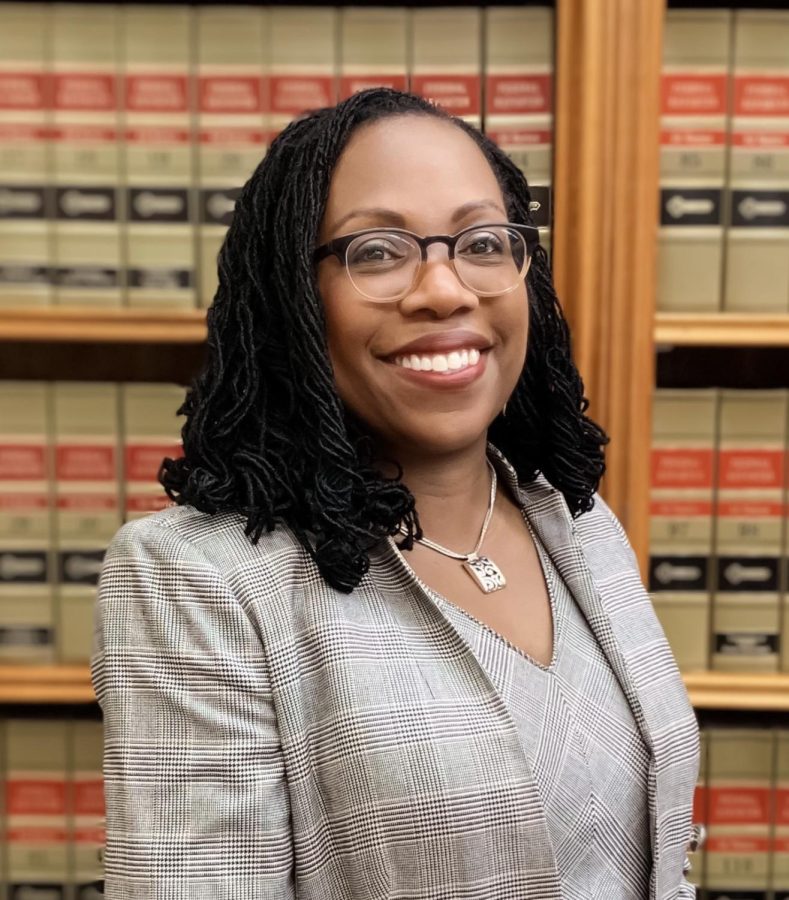 Ketanji Brown Jackson was confirmed to the Supreme Court by the Senate on April 7 and will serve as the first Black Woman in the Court's history.

On April 7, the Senate made history after confirming the first Black woman, Ketanji Brown Jackson, to serve as a Supreme Court justice.

According to NBC News, Jackson was handpicked by President Joe Biden to run and her term will likely begin this summer once Justice Stephen Breyer steps down.

Biden sought out the soon-to-be justice after he announced during his campaign that if he had the opportunity, he would appoint an African American woman to the court in an effort to make it more reflective of America’s diverse population.

Peter Petrakis, Ph.D., associate professor of political science at Southeastern, explained how historic the win is for America and shows how accepting the country is becoming.

“Her confirmation is truly historic and it demonstrates that opportunities for success in America are more and more open,” Petrakis said.

By joining three other women on the bench and fellow African-American Clarence Thomas, Ketanji Brown Jackson’s elevation means that white men are in the minority for the first time in history. Upending that historic power imbalance is important for all Americans as well as the larger world.

The Louisiana NAACP’s Youth and College division has also been supporting Jackson throughout the campaign.

The first vice president of the division Jayda Jeffery described her initial skepticism for Jackson on whether or not she would make it through hearings.

“I realized she is an Ivy League graduate with more qualifications than the people questioning her. If she could make it far enough to receive a nomination, I shouldn’t doubt her ability to handle people who could never even sit in her seat,” Jeffery explained.

The vice president also said she believes Jackson illustrated exactly what it means to be a black woman and how powerfully steadfast she was while faced with ridicule.

“Seeing how many people in the hearings she moved simply by being present is a prime example of why the work we do as Black women is so important. We are absolutely the blueprint and the contractors of so many destinies besides our own,” Jeffery said.

Jackson is a Harvard Law School alumna and has constantly prevailed in times of hardships and criticism showing she is more than capable to carry out her new position.

The judge has endured what many Black women feel every day in corporate offices and even universities while striving to rise for a higher career or position. They are belittled and looked down upon while peers and male counterparts are fast tracked to success.

Irvin Ussin, president of the Southeastern’s NAACP chapter, did research as soon as Jackson’s nomination was announced. Ussin said he suspected her appointment to the Supreme Court would be heavily contested and criticized, as is every Democratic Supreme Court nomination.

“My first reaction when I found out about Ms. Jackson’s run for Supreme Court was to learn everything I could about her views. I did my research on her previous cases and the rulings in those cases because I wanted to understand what perspective she might take in certain situations during her time on the Supreme Court,” Ussin explained.

Over time the chapter president gained confidence that the nominee would do a good job once given a seat on the nation’s highest court and take huge steps towards the equality goals of the NAACP, which he said he will be overjoyed to see.

“For me, Judge Jackson’s appointment is monumental not only for the legal landscape of the United States that will be changed by a new African-American perspective on its Supreme Court but also for African-American people as a whole,” Ussin said.

For many, this is not simply an appointment of a new justice – it is the beginning of a step taken that ancestors have dreamed of and some even perished for. It is the rise of an era in which little Black girls can feel represented, allowing them to dream of one day obtaining prestigious positions that were previously out of reach.