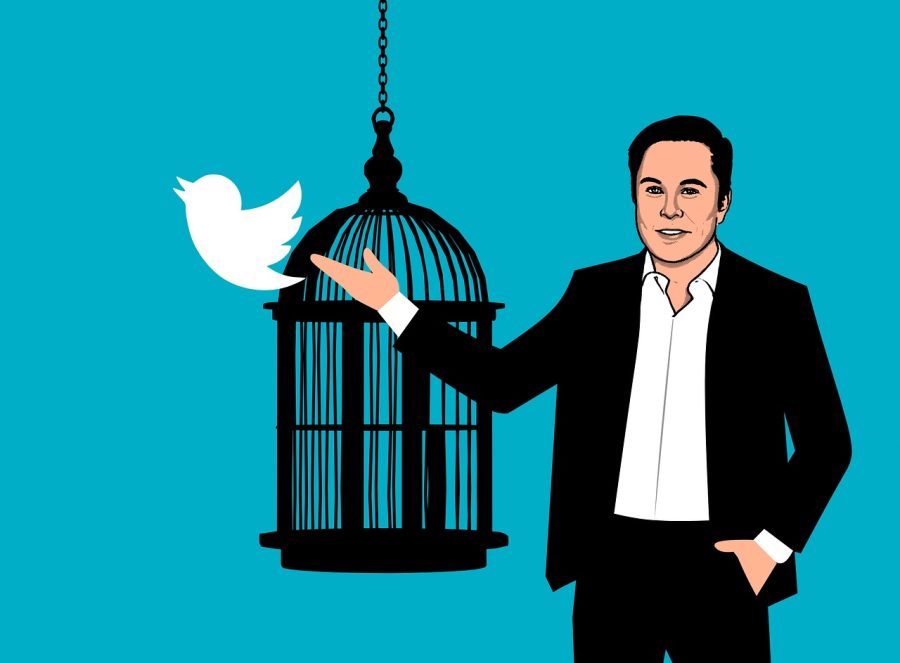 On April 25, Elon Musk acquired Twitter in a $44 billion deal that sent the internet spiraling. The move was met with backlash from Twitter users in fear of what this could mean for the platform.

Musk stated he would like the social media website to be a politically neutral place for anyone to express their opinions, and this decision may anger the political left. However, Musk claims he dislikes both radical sides of the political spectrum.

This statement from Musk could mean bringing back former President Donald Trump’s permanently banned account, as well as many other right-wing accounts taken down by the company. However, Musk did not rule out temporarily suspending accounts if necessary.

Understandably, people are concerned about hate groups having a place to spread misinformation and immediately pin this policy Musk has as a negative idea. However, it may not be as bad as one may think.

Twitter’s decisions to permanently ban accounts supporting radical views were aimed to limit misinformation and denounce these groups on their platform. While these decisions make sense to keep misinformation and hate speech to a minimum, this can prove counterproductive.

Permanently banning thousands of these accounts draws attention to them and fuels the fire of deception even further. Representatives of these groups now say their right to free speech has been taken away due to these bans and their motivation to spread hate speech and misleading information grows exponentially.

Also, Twitter was not completely successful in its endeavors to remove such content, as quick searches on the platform could lead to finding posts and comments of racist and homophobic nature.

If Twitter’s users want to avoid these people, the proper solution would be to not engage with this content or to completely stop using the site as a whole. Permanently banning these accounts will also create other places for them to go and any kind of attention will motivate these accounts to further push their agenda. And with their right to express their opinions, all who oppose also have their right to protest such accounts and to not engage.

In addition, many of these groups may have no interest in returning to Twitter, as many conservative alternatives to the site have been made. Examples include GETTR, Gab, and Truth Social. So this kind of speech returning to Twitter may be less of a concern.

Though this policy is what is gaining attention, Musk has other guidelines that will improve Twitter as a whole.

One of these guidelines includes eliminating the use of spambots on the platform. Musk has stated he wants Twitter to “authenticate all humans” with security measures like identity checks and two-factor authentication. While these measures are a bit tedious, they tremendously improve security and would prevent spam bots from having a significant impact on the site.

Another idea Musk presented is an ad-free Twitter, which may come in the form of a subscription. Users would pay a specific amount per month in exchange for an ad-free version of the site, which may include other benefits. Musk favors this subscription-based model since it would give Twitter users an option for an ad-free platform if they choose.

While Musk’s policies for Twitter may have been met with retaliation, his intentions for the site are not sinister as the site’s users initially thought. Wanting a place for both sides of the political spectrum to congregate is not a form of oppression. Just like any content that is harmful to the public, Musk has not ruled out temporary suspensions and regulating it.

Hopefully, the plans brought on by this massive purchase will bring prosperity and positive changes to the platform.