The Lion's Roar • May 4, 2022 • https://lionsroarnews.com/28490/southeastern-golf-team-captures-southland-title-in-lone-star-state/sports/ 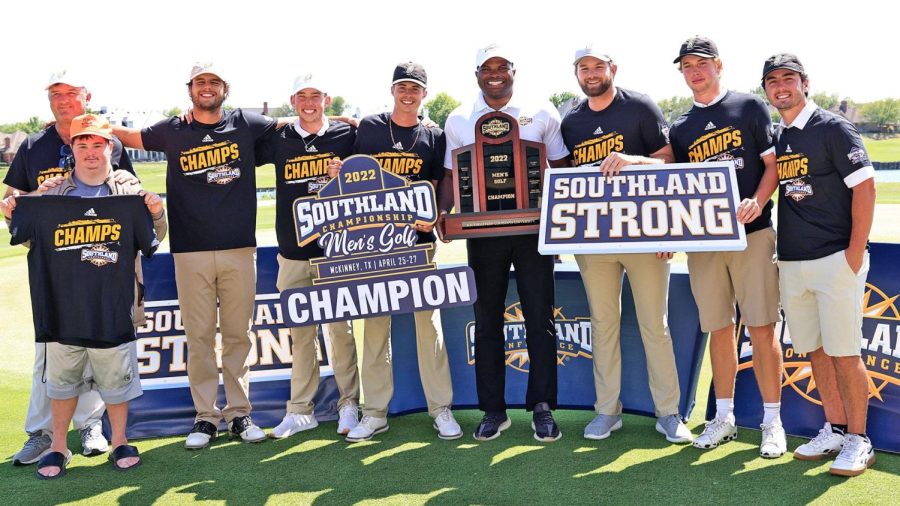 Courtesy of the Southland Conference

The SLU golf team came into the Southland Conference tournament (April 25-27)  with relatively high expectations after winning two of its last three tournaments. Fresh off a victory in the Ellendale Intercollegiate, Southeastern was primed for its most important outing yet.

The Lions struck gold in McKinney, Texas coming in first place by a whopping ten strokes good for the fifth Southland title in school history with the others coming in 1998, 2000, 2010 and 2013.

Head coach Jake Narro at last gets the coveted conference crown in his seventh season at the helm.

Freshman standout Charlie Forster led the way tying for third overall at +2. The Winchester, England native shot a tournament-best 68 in the second of three rounds propelling SLU atop the leaderboards.

Forster wasn’t without help as senior Logan Kuehn and sophomore Michael Landry both shot +7 which was good for a tie at eighth in the field.

With the win, the Lions punch their ticket to the 2022 NCAA Division 1 Men’s Golf Tournament. Regional play will be held May 15-18.