The Lion's Roar • May 9, 2022 • https://lionsroarnews.com/28539/roe-v-wades-long-overdue-apparent-repeal-and-its-worrying-response-from-abortion-advocates/opinion/ 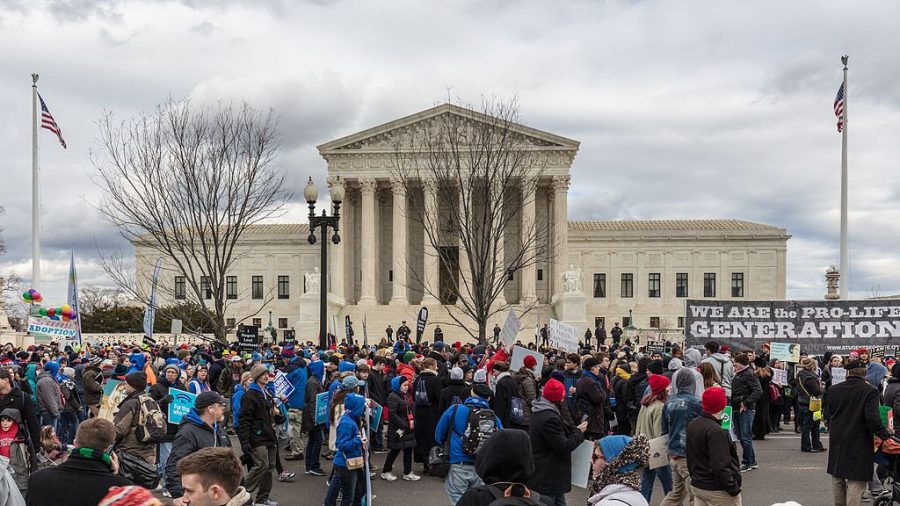 Justice Samuel Alito, a George W. Bush appointee to the Court, wrote in the draft opinion, “Roe was egregiously wrong from the start. Its reasoning was exceptionally weak, and the decision has had damaging consequences.” He goes on to add he believes the issue of abortion should be decided at the state level.

As a lifelong pro-life advocate, I could not agree with Justice Alito more and I am extremely glad to see the possibility that one of the worst Supreme Court decisions in history may soon be eradicated. If finalized, it would be the pro-life movement’s largest victory yet and save countless unborn lives.

The issue of the legality of abortion should have never been decided by the Judicial Branch. The court crafted a “right” to abortion in Roe v. Wade by arguing that the Due Process Clause of the 14th Amendment granted a right to privacy, which therefore grants women the right to choose whether or not to have an abortion.

This is an extremely flimsy constitutional justification, as the 14th Amendment makes no reference to anything remotely related to abortion and the perceived right to privacy does nothing to address the moral concerns of this issue.

As I write this, it is currently unknown who leaked this draft. It is likely that whoever leaked it, whether it be a law clerk or even one of the justices themselves, did so in an attempt to generate public backlash that would pressure the court into changing their minds.

Needless to say, the attempt to generate backlash has been successful. We even saw a demonstration on our own campus just a couple of days ago.

Regardless of who leaked it and how Politico obtained the story, it was extremely unprofessional to have run the story. It breaks the long-standing tradition of secrecy surrounding the proceedings of the Supreme Court. The backlash that the draft opinion has generated has made an impartial ruling more impossible than it already was.

In part because of decisions such as Roe v. Wade, the Court has been politicized for a very long time. This action, however, increases the partisanship of the Court substantially. Even more worrying, the leak has emboldened certain pro-choice advocates to take more extreme measures.

Hundreds of abortion advocates held demonstrations in front of both Justice Brett Kavanaugh and Chief Justice John Robert’s homes this past Saturday. Wisconsin Family Action, a pro-life group, had their office burned and vandalized with the phrase “if abortions aren’t safe, then you aren’t either.” A “mostly peaceful” protest vandalized several buildings during a Portland protest the day after the news broke.

Most worrying of all, Catholic churches around the country have been subject to vandalization. Sacred Heart of Mary Church in Colorado has been vandalized twice. The pro-choice group Ruth Sent Us encouraged a nationwide protest of Catholic Churches on Mother’s Day, accompanied by video footage of them interrupting a Holy Mass.

It is clear these extremists are attempting to use mob violence to intimidate the Court’s conservative majority. Harassing people at their homes, burning buildings and interrupting church services are not civil forms of protest.

These actions should be condemned loudly by all sides of the political aisle, which has so far not been the case. The Biden administration, while condemning the vandalism of churches, has not been very vocal in its condemnation of the protests outside of Supreme Court Justice’s homes or the interruption of Masses.

Of course, these actions are not representative of the majority of pro-choice advocates and I am in no way trying to imply that they are, but the fact that these events are happening is extremely worrying. I fear an increase in violence if the Court finalizes this decision.

I pray the Supreme Court does not succumb to the cowardly tactics of a few extremists and makes the correct decision to protect the lives of the unborn.