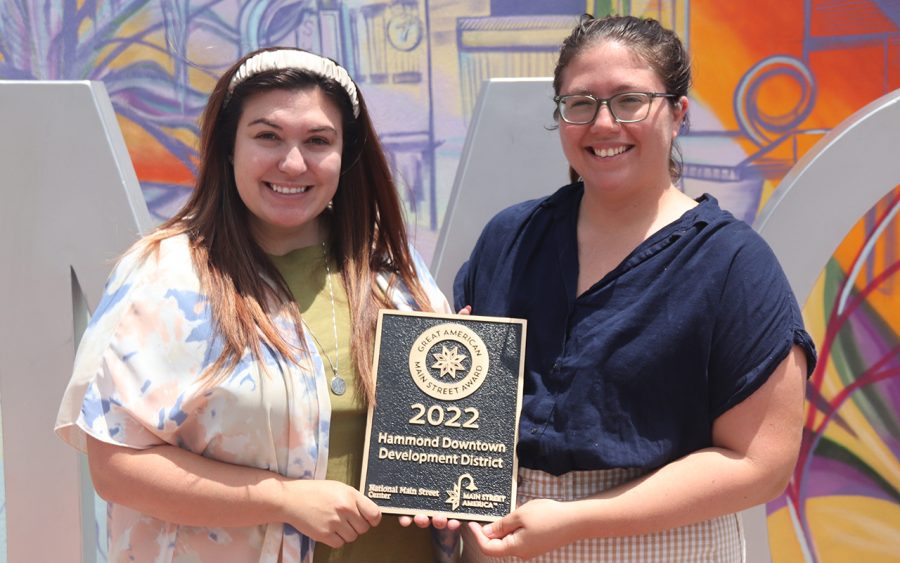 The nationally-recognized award was only given to three cities in the country, the other two being Biddeford, Maine and Laramie, Wyoming.

Executive Director Chelsea Tallo Little shared her gratitude and excitement for the GAMSA award and what it means for Hammond.

“It’s really exciting for the whole city. This is a nationwide recognition, we won against 1600 different cities in the nation and to get an achievement like this is incredible,” Little said.

The HDDD is known for its accomplishments in improving the downtown area.

Thanks to HDDD, vacancy ratings in downtown Hammond have decreased in the last 40 years. Originally recorded at an 80% vacancy rate in 1984, vacancy in Hammond has since reduced to 6%, a 74% difference in 38 years.

One secret to the district’s success is property restoration, leaving no space unused.

“The board is interested in info development and making property restoration. Other properties can be used for restoration, and we can get new vacant properties up and running,” said Michelle Kendall, the Community Health and Farmers Market manager.

The HDDD has also emphasized a focus on inclusion and diversity in its businesses.

A poll in 2020 showed that 4% of  downtown Hammond businesses were owned by Black business owners despite making up 47.8% of the Hammond population. Now with a partnership with Urban Market Experience, a group focused on supporting Black entrepreneurs, diversity in Hammond businesses looks to improve.

“We have a long way to go with the city and its diversity. Though the work really is just starting, we’ve opened the conversation to diversity, and we are doing the work that needs to be done. It’s not just racial diversity–we also push for age, gender and sexual orientation in our diversity,” Kendall said.

Many downtown projects are actively running today, and more are to come in the years ahead. Most recently added to downtown Hammond was the grand opening of Railroad Park on June 1, a desired addition for nearly 20 years.

Historic panels, benches and the Hammond Rotary centennial clock are set to be added to the park later this year.

The members of Hammond DDD said they are determined to make Hammond even better now that they have earned extra recognition and attention.

“This is an important award for Hammond, it’ll bring tourism thanks to the recognition of GAMSA. It’s not a victory just for us but for our shops and organizations as well,” said Little.