Life of a Missionary 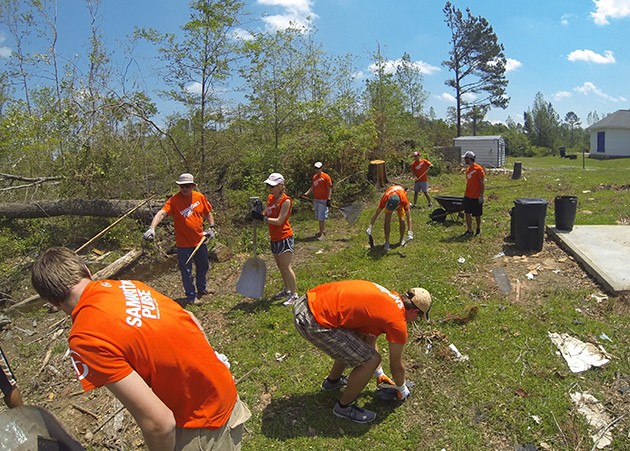 Missionaries are known for their trips to poverty-stricken villages in foreign countries, spreading religious doctrine and providing services to communities in need. 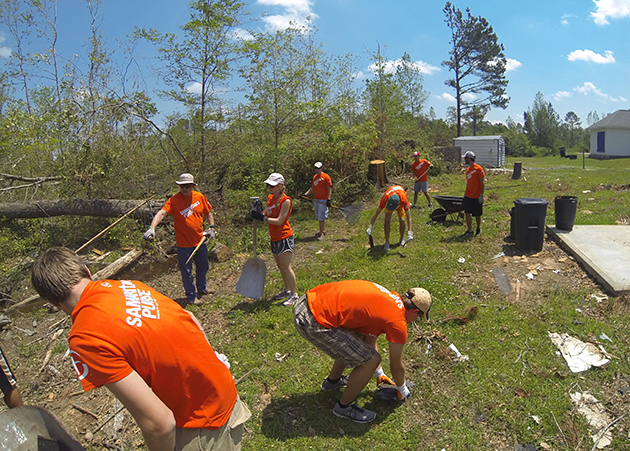 Members of the Catholic Student Association come together to clean debris in the aftermath of a tornado. CSA visited Louisville, Mississippi to offer relief to the community, after being devastated by the EF-5 tornado. The CSA also embarked on their annual mission trip to Greenwood, Mississippi.  Courtesy of Jacob Currier

The week after finals, the Catholic Student Association recognized the need for missionaries right here in the United States. CSA members traveled to Greenwood, Mississippi for part of their yearly mission trip. The town was chosen due to its reputation as “one of the poorest places in Mississippi,” according to Derrick Faucheux, CSA president.

The CSA members visited St. Francis, a Catholic school that suffers from its impoverished environment.

“Although it’s gotten better, you can still see the scars of the civil rights movement,” said Jacob Currier, CSA member and attendee of the mission trip. “There’s still definitely the black side of town and the white side of town, and there’s a clear line between being well-off and being in poverty.”

The mission trip lined up with St. Francis’ last week of school. CSA members assisted teachers during Field Day by face painting children and volunteering for various service projects, including building cabinets for a local resident.

“They were really appreciative,” said Faucheux. “Father Greg, who is the pastor at St. Francis, was really welcoming to us. The last day we were there, he had a barbecue for us. We all sat out by the lake, played football and listened to music.”

After visiting Greenwood, the CSA group traveled to Louisville, Mississippi, where residents were recovering in the aftermath of an EF-5 tornado. CSA members helped clean up debris and assisted families in recovery.

“The tornado [recovery] was probably the highlight of the trip for me,” said Faucheux. “We actually got to go to a family’s house, talk to them and see how their home was pretty much gone and their backyard was full of debris. Being there for them, I was really impressed that the organization came together and worked nonstop.” 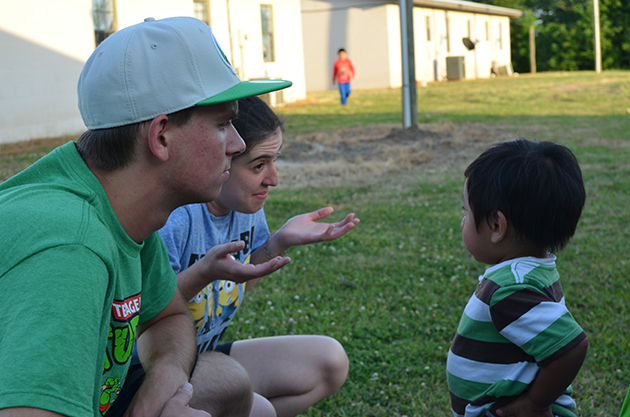 Faucheux was pleased to see how the trip brought the members of CSA closer together.

“Coming together as an organization and seeing how we put forth this really big effort, it was just awesome,” said Faucheux. “We had a girl come who was never involved in CSA before, and she ended up loving it and having the best time. At first, we didn’t know who she was. She was new. At the end of the retreat, she was like a part of our family.”

CSA goes on a mission trip to Greenwood each year. Students who are not members of CSA are invited to attend. For more information on CSA and future mission trips, contact Faucheux at [email protected] 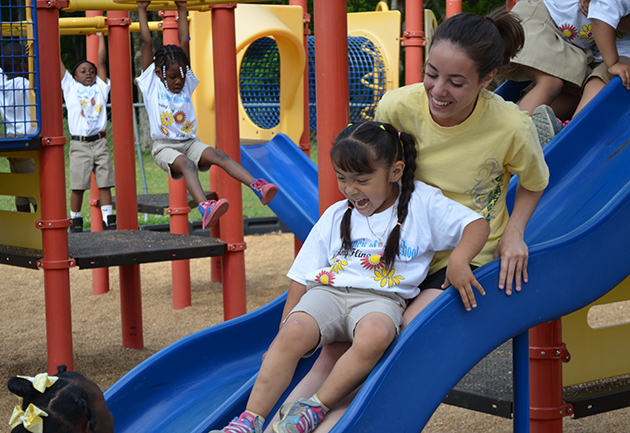 Freshman Irene Marino slides down with a young girl as she screeches with joy. Though the members of the Catholic Student Association worked hard during their mission trip, there was plenty of time for fun as well.  Courtesy of Jacob Currier