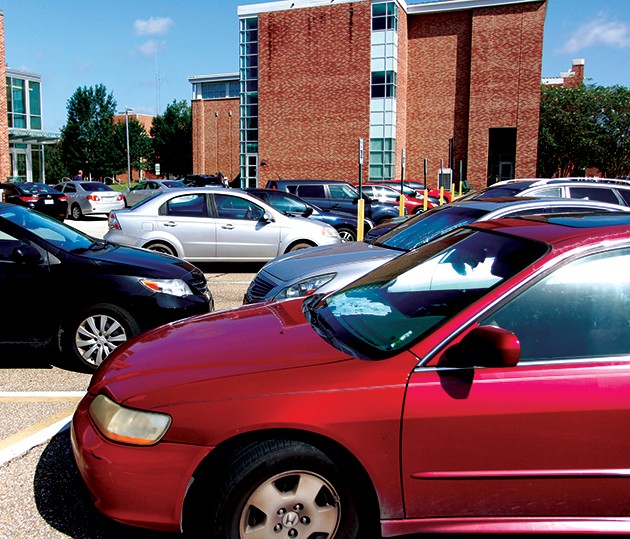 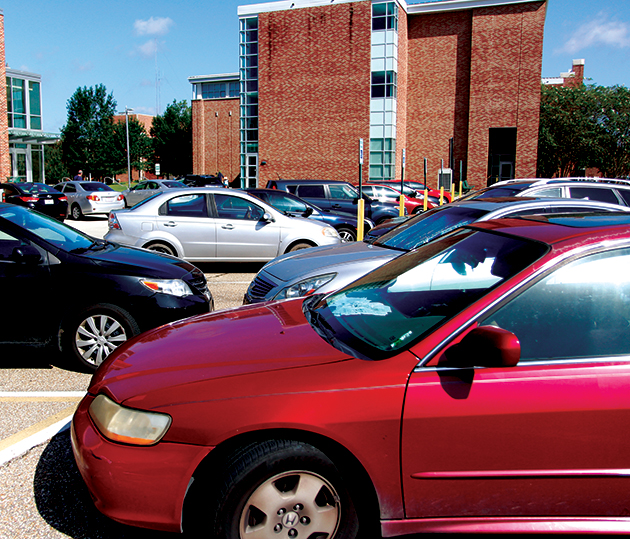 Lion Traxx, the Division for Student Affairs and the University Police Department are among the departments that have aided in on campus parking changes that have affected commuters, residents, faculty and staff members on campus.  Nikisun Shrestha/The Lion’s Roar

The beginning of the fall semester has seen many changes made to the university. One of the major changes has regarded parking spaces.

“Two new resident halls are under construction where a large parking lot was located,” said Director of University Police Harold Todd. “The spaces that were lost were made up by telling students to park in the garage because it has never been utilized 100 percent for years. Also, a new gravel lot was created at the corner of North Oak St. and West Dakota St. The lot and garage will make up for the lost spaces from the construction.”

West Dakota St. parking along the sidewalk has been declared an Upperclassman Commuter zone while parking spaces have been added between the new technology building and Pursley Hall to accommodate with the changes.

Students are also advised to arrive at least 30 minutes before class or appointment time. Lion Traxx will also be running additional shuttles to facilitate the students.

Todd further explains the changes going on in parking.

“Yes, there are enough to deal with the parking changes,” said Todd. “However, we do have more freshman students than last fall that makes their north campus parking more difficult. The parking area behind the library is under construction and will add 200 plus spaces in approximately 2 weeks. Approximately 10 percent of resident students must park in overflow areas marked for upperclass.”

The Division for Student Affairs has assisted with communication to students along with the UPD to get the word out on the solutions to the parking situation.

“We’ve put up a lot of information to our resident students and to our freshmen about where they can park,” said Todd. “We have told the upperclassmen to go to the upper garage. The garage was very rarely used until this semester. Now, it’s used a lot. We’re trying to direct the students to where the available parking was available.”

The UPD has also used other means to help students with parking.

“We’ve been trying to work with people who are parked illegally and telling them to not park there again,” said Todd. “We haven’t been issuing a lot of citations right now because we know that parking is very, very strange.”

Students can visit the University Parking Operations website or their office to get further information and solutions to the parking changes.