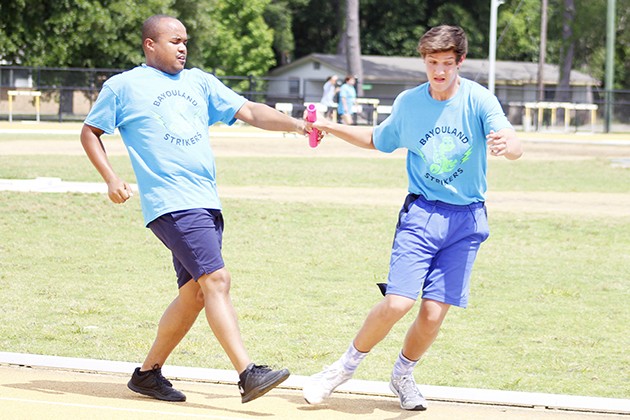 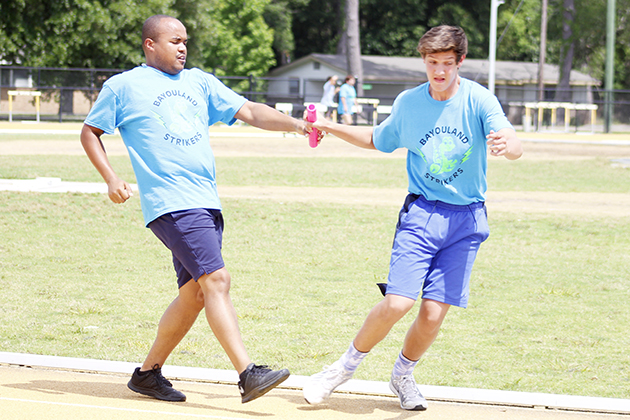 This year marks a significant 50 year anniversary for the Special Olympics Louisiana. Events such as relay races as shown above are included. File Photo/The Lion’s Roar

The Special Olympics Louisiana will be hosting their 50th anniversary events year round for people to enjoy.

“We’ll be doing different celebrations,” said Director of Communications and Marketing for the Special Olympics Louisiana Casey Minton. “We kind of kicked it off in the beginning of the year by celebrating at each one of our state events including the one at Southeastern. We’ll also be doing a time capsule reveal and have the after-hours at the Hammond Chamber of Commerce event here in June. Louisiana Sports Hall of Fame is actually doing a feature on us, so we’ll have an exhibit in the museum on the Special Olympics over the past 50 years.”

All the events will be held in either Hammond or Natchitoches for the duration of the year.

Minton explained further that the Special Olympics will be doing a fundraising event called “50 for 50,” asking people to donate $50 in honor of the 50th anniversary, and anyone can donate at any time during the year.

The time capsule will be in the Special Olympics downtown office in Hammond on June 21. The “Chamber After Hours” celebration event will be held on the same day. The Louisiana Sports Hall of Fame exhibit is scheduled to open on May 5 and will be available until the end of the year for viewing.