‘It’s championship or bust this year’ 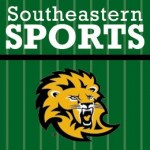 It all came crashing down on Dec. 11, 2011. With a broken foot, the hopes of a run at the conference tournament were very dark when Brandon Fortenberry limped off the basketball court during practice. “It was pretty painful. It hurt just to put a shoe on,” Fortenberry said. “It took me until February before I could run. Took me a good three months to fully recover.” The 6-foot 3-inch guard was set to lead a squad worthy of taking the conference by storm with the additions of point guard Daron Populist from Louisiana State University and center Elgin Bailey from Mississippi State, and power forward Roosevelt “Ro” Johnson coming into his own. Fortenberry went down, and Bailey faltered in the paint. Populist averaged a mere 1.3 assists a game while the Lions stumbled and limped their way to a 12-17 record. Fortenberry remained uncertain of what would happen. There was an outside chance he could have returned last year, but the odds were slim. “I thought I’d play again, but I just didn’t know when,” said Fortenberry. “It got to a point where I thought I was going to come back, and then they send my X-rays to a foot specialist and he said I’d have to sit out or have surgery, or I never get to play again.” Fortenberry was ready to walk in his spring graduation when he received notice that he would in fact be playing another year. The NCAA granted him a medical redshirt that would allow him to replay his senior season. And just like that, Fortenberry had a second chance to capture the conference.  In no time, he was enrolled again as a freshman majoring in sports management. While he is determined to keep his academics up, Fortenberry realizes his future is nearing, and the chance of playing professional basketball will ultimately win the decision. He will do it with a far different supporting cast this year, with Johnson being one of only two returning starters, along with Jeremy Campbell. Jamaal James, a 6-foot 8-inch center from Brooklyn, N.Y., steps in to replace Bailey, while all signs point to 6-foot 3-inch senior Todd Nelson to replace the departed Populist. Whoever’s behind him, Fortenberry made note that this extra year just adds to his experience as a team leader. “I know what to expect now,” said Fortenberry. “I kind of feel like I know what’s coming. I know what Coach wants me to do, and what he wants me to do with the new guys on the team.” The team leader added one last comment. “It’s championship or bust this year.”