Strong at home, struggles on the away 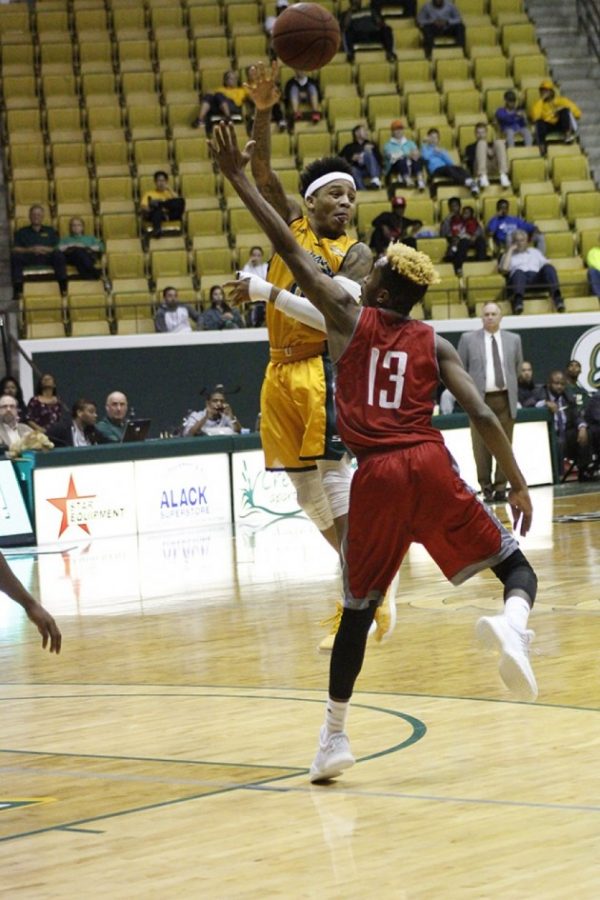 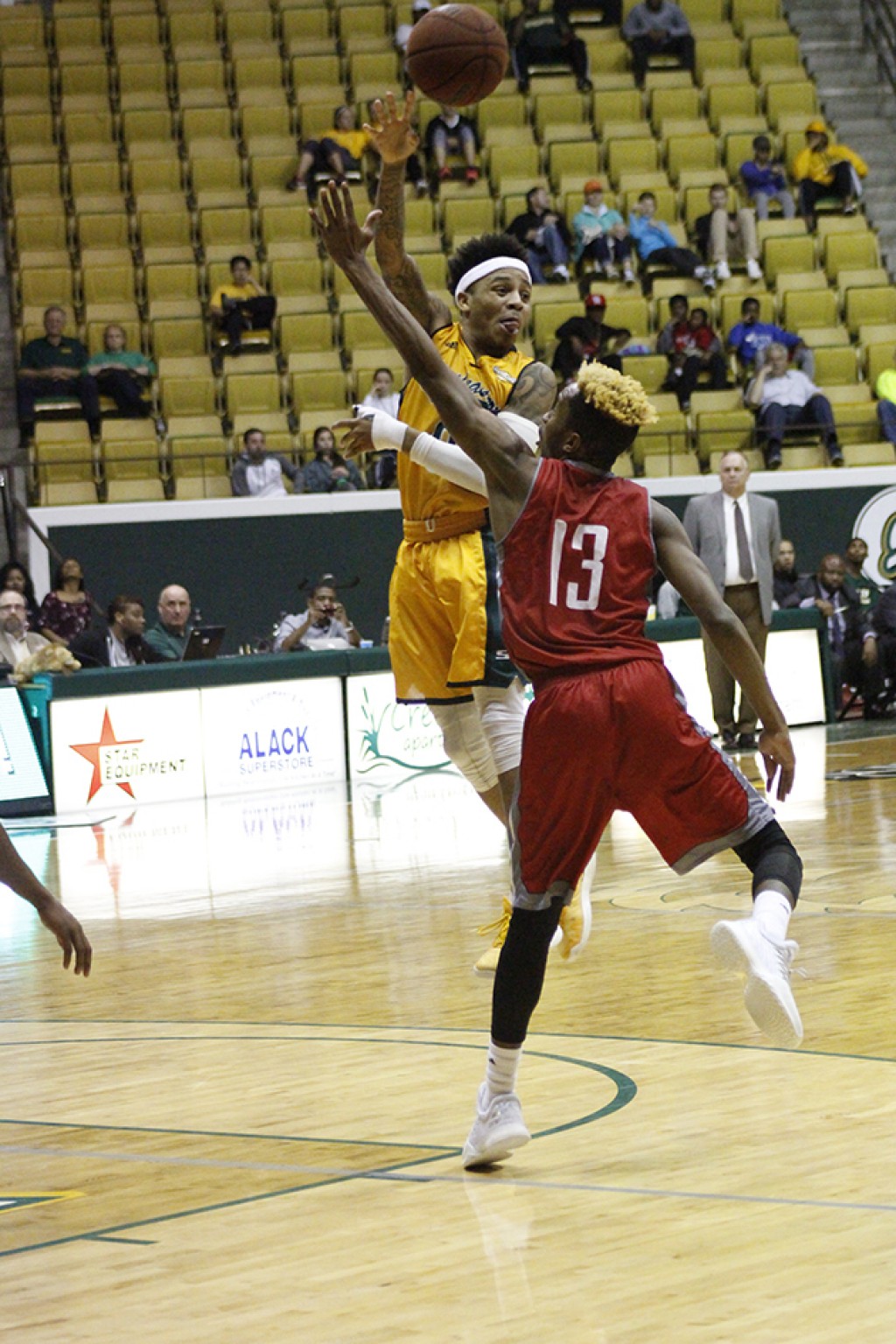 The Lions basketball team produced a solid offensive as well as defensive performance at home against Nicholls. However, they faced a heartbreaking loss on the road against Central Arkansas conceding a game winning three pointer in the final seconds.  Nikisun Shrestha/ The Lion's Roar

The Lions basketball team extended their impressive home record to 10-1 with a 72-44 victory against Nicholls State University while their difficulty on the road continued despite coming close, as they lost 68-66 to University of Central Arkansas.

On Wednesday, Feb.1, the Lions outplayed Nicholls both offensively and defensively. The game saw Lions restricting the Colonels to 29.8 percent in field goals, and the 24-0 record in second-chance points showed the urgency of the team offensively.

“I thought there two key statistics and it was something we emphasized,” said Head Coach Jay Ladner. “We went back over the last few weeks and we saw a trend defensively where early in the year we were winning a lot of games holding teams under 33 percent and recently it’s been 47, 48, 50 percent and that’s not winning basketball. It’s been a big emphasis for us. Even though we went to a smaller lineup tonight, I thought our guys did a great job on the boards. To have a 49-21 advantage against a team that has a 7-footer was significant when our tallest player was 6-5. We out-scored them in the second half, 47-18, beat them 49-21 on the boards and held them to 29.8 percent. I’m pleased with those things.”

Ladner was also pleased with how the team adjusted to his strategies and also to the changes in the line up.

“We changed our line up a little bit, anticipating they play a non-traditional zonal defense,” said Ladner. “It is designed to take away what teams traditionally do. It is a little bit unorthodox. We were able to do some homework and anticipation with some teams that ran it. In the first half, when we executed and when we showed just a little bit of patience, you all saw us getting some nice looks down inside.”

Junior forward Davon Hayes scored 20 points in the game making this his fifth straight game in double figures. He was pleased with the team’s effort.

“The way we got hot in the second half, the defense turned around,” said Hayes. “As a team, we turned it around. It was just a good team effort tonight.”

Sophomore forward Moses Greenwood also made an impact in the game with his third double-double of the season with 14 points and a career-high 13 rebounds.

“I feel like in the last two games, I wasn’t rebounding enough, helping the team out,” said Greenwood. “That was my main focus tonight. It was to play defense and get rebounds.”

During the halftime of the game, the River Bell Classic trophy was handed to Head Football Coach Ron Roberts. The trophy was brought home by the Lions football team after registering a victory over Nicholls last season. At the same time, River Bell scholarship offered by Sigma Tau Gamma was also handed to the most loyal supporter of Lion Athletics. It was given to Aundrea Burke, a sophomore psychology major.

“It was honestly a blessing,” said Burke. “I really enjoyed it. I can’t believe they chose me, but I’m really happy. Ever since I got here really, with all my friends and the advance on the Lion Up app, I always came to those, got my points to enjoy the game.”

The team travelled to the University of Central Arkansas searching for a road win on Saturday, Feb. 4. However, the team’s pursuit ended when a three-pointer with 2.2 seconds remaining got in.

“It was very disappointing,” said Ladner. “It was a heart breaker. Anytime you lose a basketball game at the last shot of the game, it’s disappointing. But, it’s not one play that costs you the game. It’s many plays. The first possession or the 20th possession, all has to be played right.”

A 14-0 second half run by the Bears proved to be decisive in the game.

“We went through a stretch there and, honestly, I think that was the portion of the game that they beat us,” said Ladner. “I thought we settled for some bad shot, we had some higher percentage shot that we did not take. Certainly, we just have to do a better job of finishing games.”

The Lions have yet another opportunity to improve their away record when they play Texas A&M-Corpus Christi on Wednesday, Feb. 8 at 7 p.m. 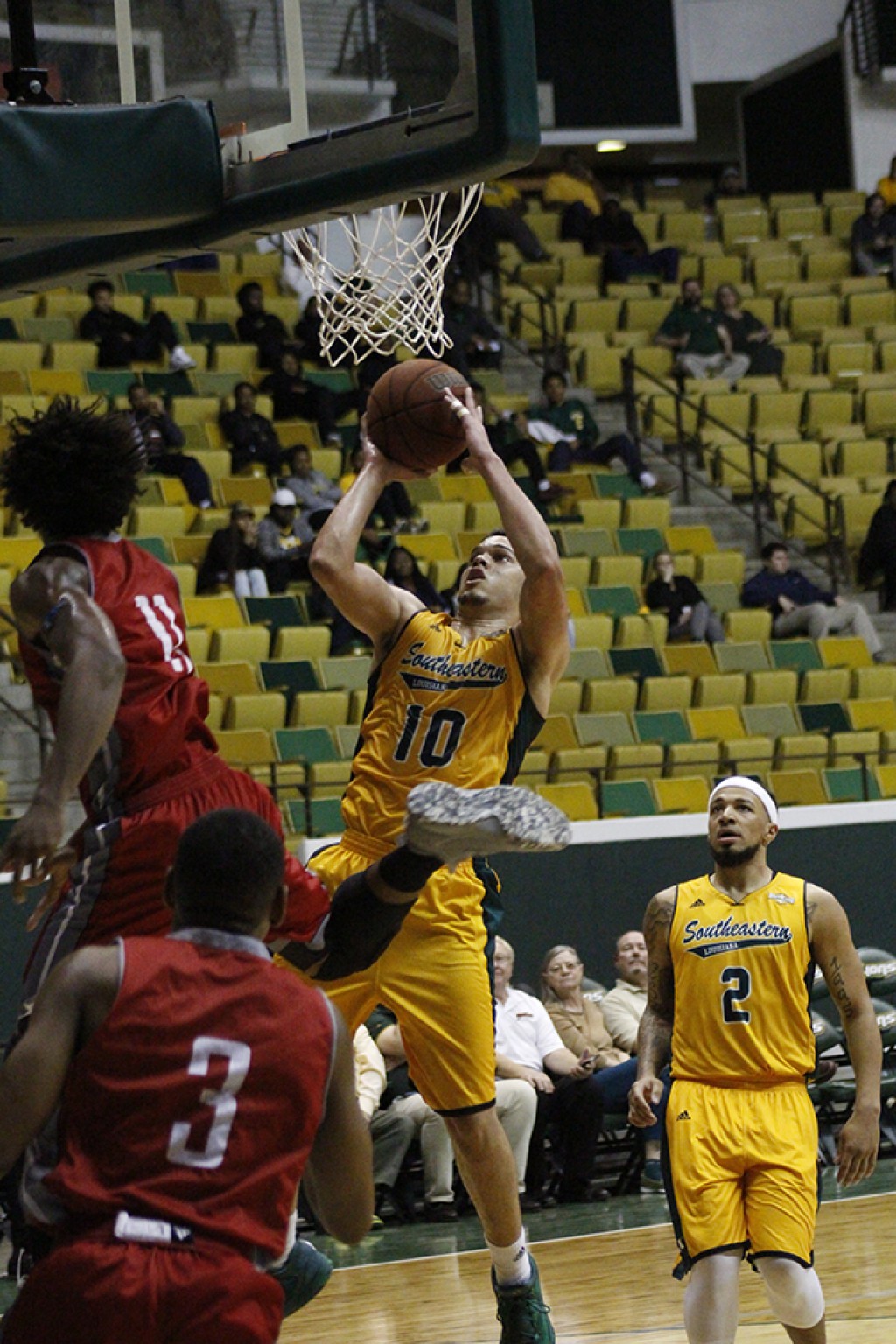