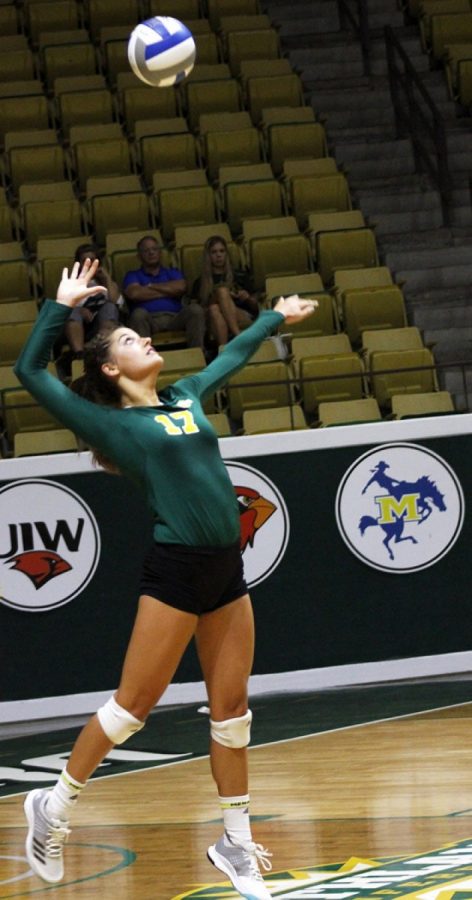 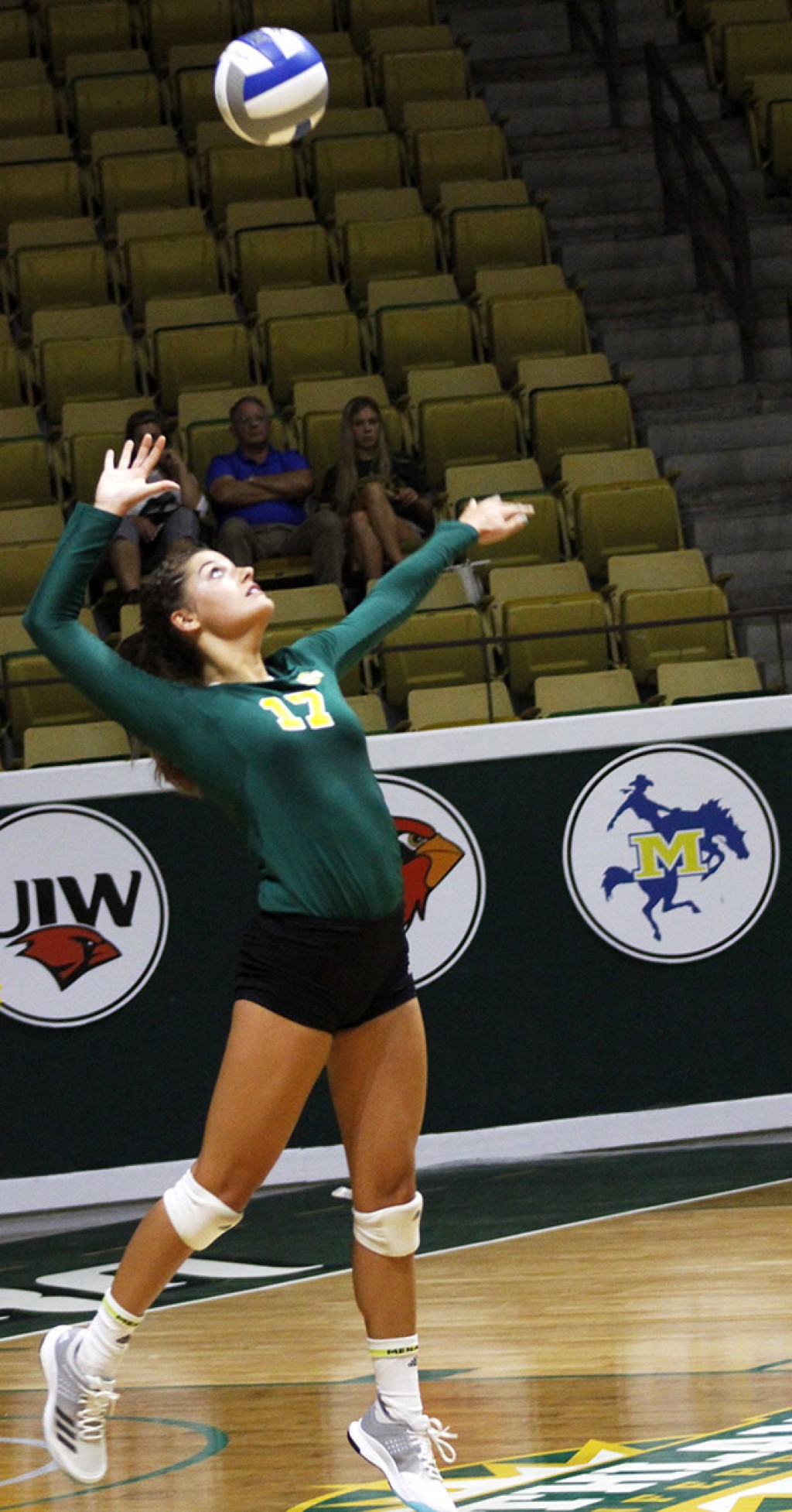 The Lady Lions lost three games in the BGSU/UT Invitational. Despite the loss, Head Coach Jim Smoot looked at the positive side. File Photo/The Lion's Roar

The volleyball team is left winless after another disappointing outing in the BGSU/UT Invitational. The Lady Lions lost all three games in straight sets, extending their losing streak to six games.

“I thought we had moments playing really well,” said Smoot. “But in general, we’re being a little conservative going forward.”

The winless run is taking a toll on the young roster. Smoot believes the team needs to be composed and work hard until they all come together.

“I think that they’re starting to get a little frustrated, and that’s something we can’t do because we’re a really young team,” said Smoot. “We need to just have confidence that it’s gonna all come together. We have a lot of talent in the team this year. We just need to be patient, and eventually, it’ll come together.”

Despite the losses, the team did have individuals who performed well for the team. Sophomore middle blocker Savannah Alcazar has led the team in kills while junior setter Haley Baker has been leading in terms of assists.

Smoot pointed out the positives of the invitational but felt the team needs to be more consistent.

“The play of some of our girls has at times been excellent,” said Smoot. “The returners have all stepped up and done their job. So, that’s good to see. If we could get consistent, then we’re gonna be successful.”

The losses have not affected the bonding of the team yet.

“I think our team chemistry is as strong as I’ve seen in my career,” said Smoot. “The new players are getting significant playing time. So, they matched really well with the returners.”

Smoot picked out the areas the team needs to work on.

“I think our off tempo shots,” said Smoot. “I think our attacking needs to improve. We’re making it a little too easy for the defenses just to set up, and we have to play a lot of long shots. Along with that, our attackers need to hit the line a little more consistently, and the cross court shots, that’s gonna definitely be an emphasis this week.”

The Lady Lions will travel to play in the ISTAP Collegiate Cup Invitational next. Smoot hopes the team can start winning and build up momentum from the tournament. The objective of the tournament was clear to Smoot.

“Hopefully to get a win,” Smoot said. “I think as soon as we get that first win, it’ll kinda break the ice and we can get something to start to rolling from there. We’re still looking at options. We have a lot of players who can contribute in several ways. So, we’re still trying to figure out exactly the group we wanna play and how to attack the other teams.”