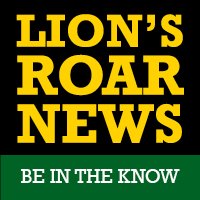 The Lady Lions tennis team traveled to Cancun, Mexico to play in the 2017 Iberostar Classic this past weekend. The event is one of four tournaments the team is set to play in the fall semester.

“We got off to a slow start, but then the girls really picked their game up, and I saw everything that I expected from them,” said Hayes. “It was just a great week. To start slowly and to play a great Thursday and then a perfect Friday, shows just how hard these girls have been working. If we can stay healthy, this team has the talent to have success, and we’re all going to work towards that goal. We have worked so hard on our fitness and our nutrition, and it really showed as each day of the tournament was tougher and tougher.”

The team turned things around after a two-game losing opening day to win the final four matches in the remaining day.

With three tournaments remaining, Hayes gave his thoughts on the team’s plans for the fall schedule and the key areas required for the team to succeed.

“We just want to work hard, build our physical and mental conditioning, and try to get one percent better every time we step on the court,” said Hayes. “To be successful, we have to have everyone working together with one goal, that the team gets better. To be successful, we all have to work together.”

This tournament marked the first time since the 2015-16 season that the tennis team was at full strength. Dahlmans was back on the court after missing out on most of the previous season due to injury. She returned with a 5-1 record for the tournament in her return to action. Mercier was another player who was back on the court after missing all of the 2016-17 season with an injury.

Hayes felt the freshmen have settled in with the team and was pleased by their effort in the tournament. Yanez started her career as a Lady Lion with a 6-0 winning performance. She had a 2-0 singles record and teamed with Dahlmans to record a 4-0 mark in doubles.

“Could not be more proud of how the three new girls performed, great attitudes, and they’ve really been embraced by our returners,” said Hayes. “You can see how close this team is,” said Hayes.

Hayes also spoke about the fall schedule and how it is spanned out.

“Each tournament is spread out by a couple weeks of practice, so we want to keep working during the week off so we can be better prepared,” said Hayes. “I’m hoping that our team plays its best tennis at the George E. Fourmaux Invitational in November.”