Baseball withstands the competition of alumni 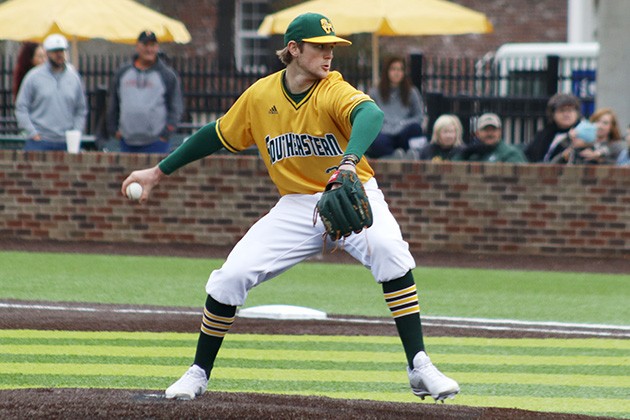 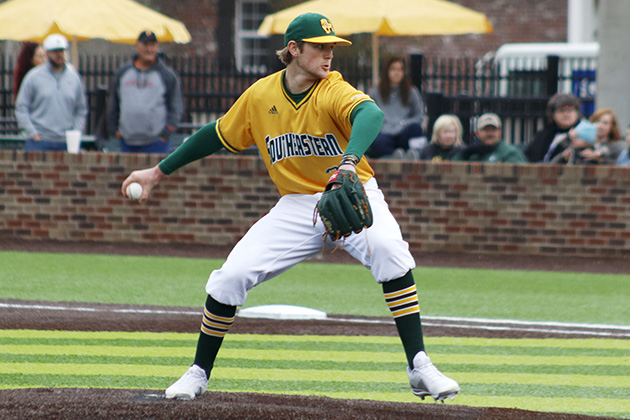 Junior pitcher Mason Knopp prepares to pitch on the mound in the Alumni Game. Knopp will be playing his first season as a Lion in the upcoming spring season. Nikisun Shrestha/The Lion's Roar

The Lions baseball team matched up against the alumni of the program in an effort to assess their performance ahead of the start of the season.

On Feb. 3, the Alumni Game was hosted at the Pat Kenelly Diamond. Head Coach Matt Riser explained how the game went and how the current team won.

“There were some good, and there were some bad things for us,” said Riser. “I think the alumni did a fantastic job putting the team together. Offensively, they’ve got a lot of guys playing pro ball, just finishing up pro ball. It’s competitive over there. We instilled that in them when they were here, and they have not lost that by any means. They enjoy going out there, playing against our guys, and gave us a pretty good look there. It came down to the last inning. We had to get a big hit, get the runs, and then we closed it out in the ninth inning.”

Alumnus infielder and pitcher Derrick Mount described his experience playing against the team he played for.

“It’s a lot of fun,” said Mount. “Been out of baseball for a long time since the end of the season at the LSU Regional. I mean, it’s fun to come back and compete against the old team, see guys I haven’t seen in a while, talk to the coaches again.”

Mount was impressed with the ongoing improvement to the baseball facility.

Mount also gave his assessment of the current team and wished them success for the upcoming season.

“They got a really good staff, got a lot of good pitchers,” said Mount. “They swing the bat really well, play good defensively. So, I am looking forward to watching them play this year. I wish them luck, and I hope they go further than we did last year.”

Ahead of the Alumni Game, on Feb. 2, the baseball team also hosted the “First Pitch Banquet.” The event featured a cash bar, silent auction, dinner, raffle and $2000 drawdown. Riser was happy with the support seen at the banquet.

“I thought it was a fantastic turnout specially considering all the circumstances with the Mardi Gras parade and everything going on, but it was extremely exciting to see all the family and friends of our program come out and enjoy a really fun night,” said Riser. “I think everybody thoroughly enjoyed themselves. We had a lot of action going on. We had a lot of winners on the night.”

During the banquet, senior pitcher Josh Green was the senior speaker. Riser was pleased with Green’s presentation at the event.

“I thought Josh Green, our senior speaker, did a fantastic job with his presentation,” said Riser. “He did a good job of being very direct and very simple with the delivery of his speech, but it was a very, very powerful speech.”

With the season opener against Southern Illinois University Edwardsville on Feb. 16, Riser wants the team to improve in certain aspects of the game. Riser also pointed out how the Alumni Game was a wake-up call for his team.

“We had some guys with pitch running roles, pitch hitting roles, defensive replacement roles,” said Riser. “We saw some good things that were exciting. We saw some things we need to work on in the next few weeks. The good thing is we’re two weeks out. We got time to get this thing right. There’s a lot of jobs that are open. I just like to see our competitive level go up a little more. I think some guys are still in the intersquad mode and don’t realize what they’re competing for right now. I think they got a pretty good look today with the alumni. The alumni came out here and started talking a little bit of trash and doing their deal. I think it opened our guy’s eyes a little bit of how competitive this is gonna be for the rest of the season.”