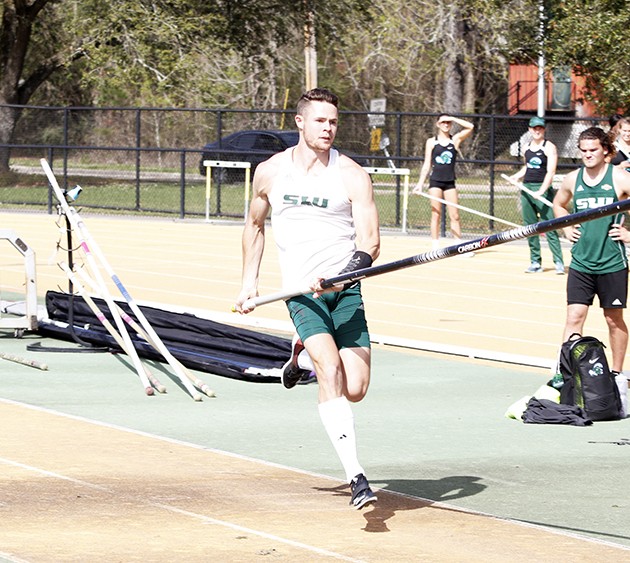 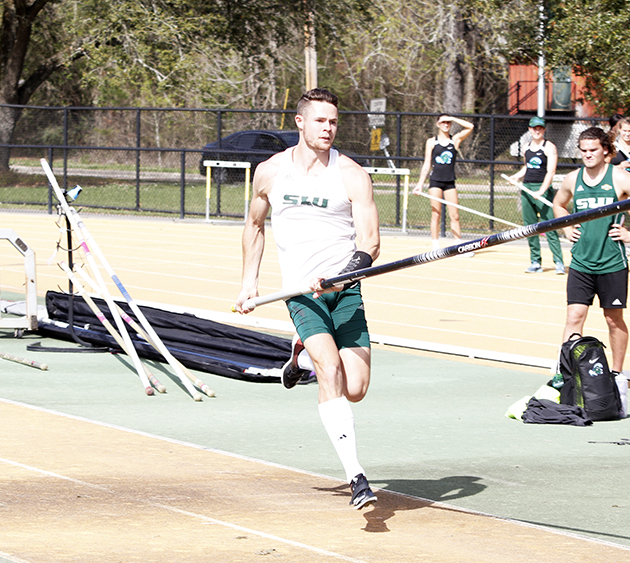 The university’s track and field team had a successful outing at the Louisiana Classics on Saturday in Lafayette.

The team continued to improve its record with senior pole vaulter Devin King leading the way. King broke the facility record with a vault of 18 feet, 1.75 inches and recorded his 24th career victory.

“Devin’s one of the best in the country,” said Head Coach Corey Mistretta. “He continuously performs accordingly. This was a meet that would not generally be on his radar because the competition isn’t as strong for someone like him but we took him there as a warmup for the Texas Relays, which is two weeks. That was a record there that has stood since 1998. He wanted to go and beat that record. It took him a couple of attempts to do it, but he battled through.”

Sophomore Ashley Davis secured a victory in shot put despite battling an injury. Mistretta believes Davis can perform at a higher level after recovery from the injury.

“Ashley continues to do well for us,” said Mistretta. “She’s battling a little wrist injury. So, her performance has been kinda in a rollercoaster. We’re expecting her to be a national-level performer. We still have a long way to go. It was good to see her get back on track. There’s still a whole lot left in the tank for her.”

“It’s been good,” said Mistretta. “I think the first one’s out of the gate. We tried to give everybody on the team an opportunity to show us what they have and show us that they’re gonna be conference-level kids. This was the third one in that string. So, we have a pretty good idea on who we have now, and we’ll look forward towards preparing for the outdoor conference championships.”

Mistretta explained that he will split the team and take 30 athletes to Hattiesburg, Mississippi. He also described the level of competition that the team will face in the Texas Relays.

“Texas Relays’ a qualifier meet,” said Mistretta. “So, you have to be at certain standards to qualify for that meet. We’re probably gonna take about six or eight kids to the Texas Relays. It’s a really difficult meet to be in, a high national-level meet.”

Due to the high level of standards in Texas Relays, Mistretta sees the meet as an opportunity for the athletes to be prepared for tough experience going into the outdoor season.

“Those who qualify for the Texas Relays, that’s a big honor for those kids, and we hope that they go to that meet and use it as a way to prepare themselves for a really difficult competition that will come later in the year with the conference championship and regional championship and then the national championship. So, that’s a precursor for all that, give those kids the opportunity to learn how to compete against the best of the best.”