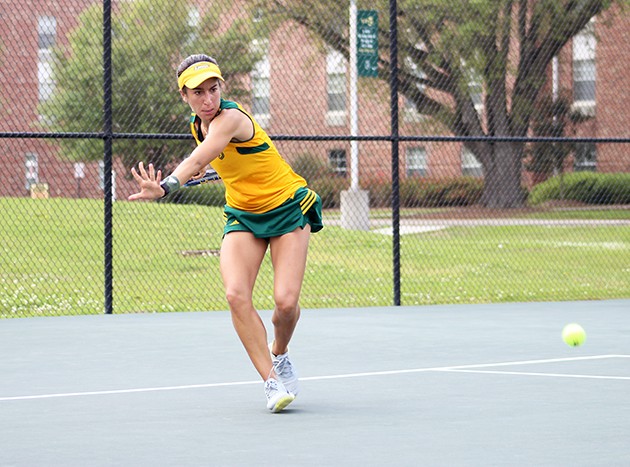 Being a student-athlete can present obstacles in balancing between sports and academics throughout semesters. However, for the three senior tennis players, the balance was there and was rewarded at the 12th Annual SLU Athletics Academic Banquet.

The banquet was held on Monday, April 16 in the Student Union Grand Ballroom. Tennis Head Coach Jason Hayes discussed that Dalina Dahlmans, Madina Vorotnikova and Dany Raygadas have all “shown what it takes to be successful, and their futures couldn’t be any brighter.”

Both Vorotnikova and Raygadas received the “Academic Excellence” award for being senior female athletes with the highest GPA for their achievement of maintaining a 4.0 for all four years. Hayes explained the effort that has to be put in to achieve this goal.

“As a coach, sometimes, we look more at their athletic performance than their academic achievements, but this is about their education, and what these two girls have done is remarkable,” said Hayes. “The commitment, the sacrifices that you have to make to put your education first, cannot be overlooked. It’s a credit to both of them and as a coach you couldn’t be more proud of their achievements, to have a 4.0 GPA for all four years. What could be better than that?”

Vorotnikova explained that, “it was not easy to manage both school and tennis first,” but knew her GPA was in good standing that she could achieve.

“With experience I figured out my time management skills, where I could use my free time more efficiently for academics,” said Vorotnikova. “I knew that my GPA was the highest possible. However, I was quite surprised to receive an award for that.”

Having received the award as well, Raygadas explained that after hearing about the award her freshmen year she strived for this award and explained her strategy in how she was able to maintain a 4.0 GPA all four years.

“By being very good at time management,” said Raygadas. “I always started early on my homework or any projects I had due. I don’t like to leave anything for the last minute because I know that something always comes up the night before an assignment or homework is due.”

Raygadas described her experience at the university saying, “it was unbelievable,” and that managing to achieve her goals in winning the award was rewarding.

“I couldn’t have asked for anything better,” said Raygadas. “This whole experience was more than what I expected. I am very happy with my decision of coming here. Everyone at Southeastern is amazing and I will forever be grateful for the opportunity I had of coming here.”

The tennis players were well recognized at the banquet with these two players and senior Dahlmans, who was awarded the “Sandy Goodwin Award.” This award, as Dahlmans explained, is for being the most spirited female athlete of the year, a person who “bleeds green and gold.”

Dahlmans described her reaction to receiving the award out of hundreds of female athletes.

“I was actually very surprised and I was very honored because my coach told me that only like two people a year receive this award,” said Dahlmans. “So, I mean I was one female athlete out of like 100 athletes that are at the school. So, I felt obviously very honored that they chose me for the award.”

Hayes put into words the dedication Dahlmans has to the university, for her to be awarded this honor.

“It’s a tremendous honor to win the ‘Sandy Goodwin’ award, and for Dalina to win this as a transfer shows just how much she loves Southeastern,” said Hayes. “Every single time she took the court she represented Southeastern with class and character and made those around her better.” 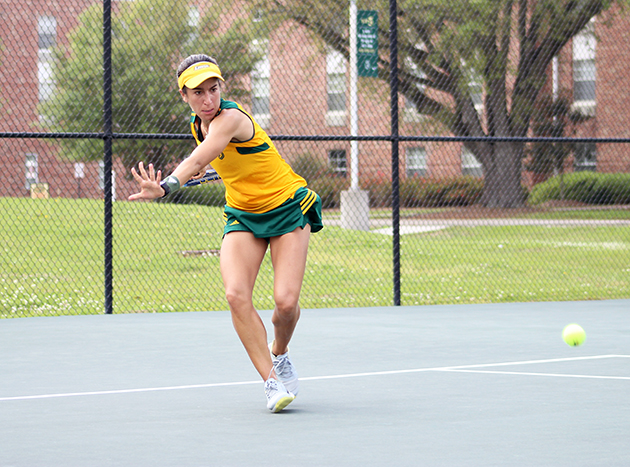 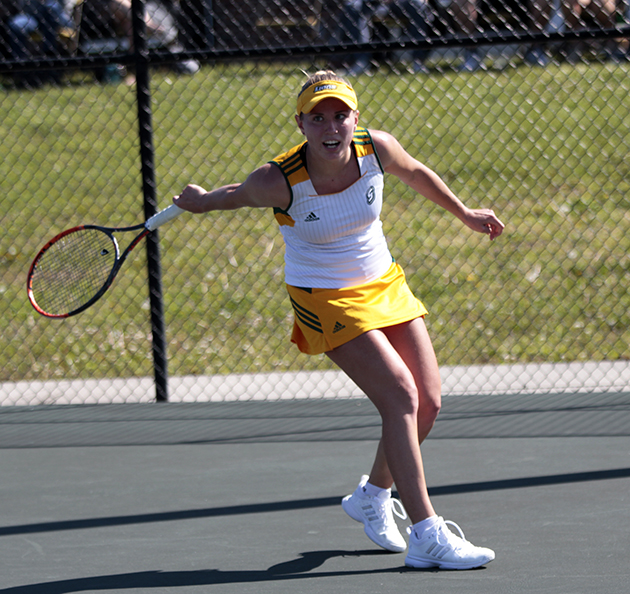 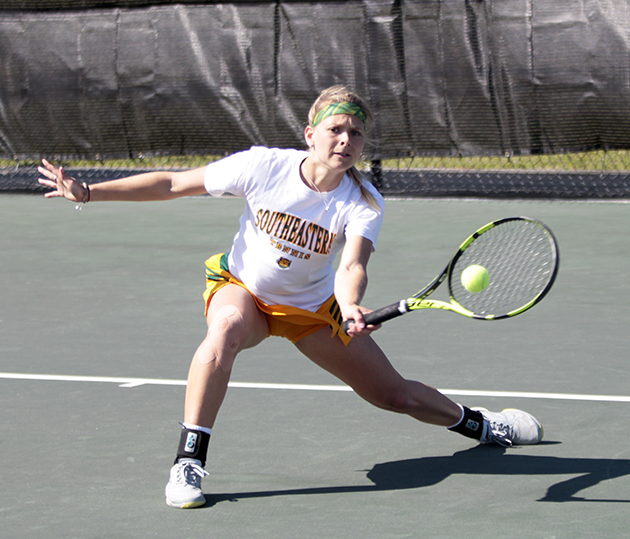