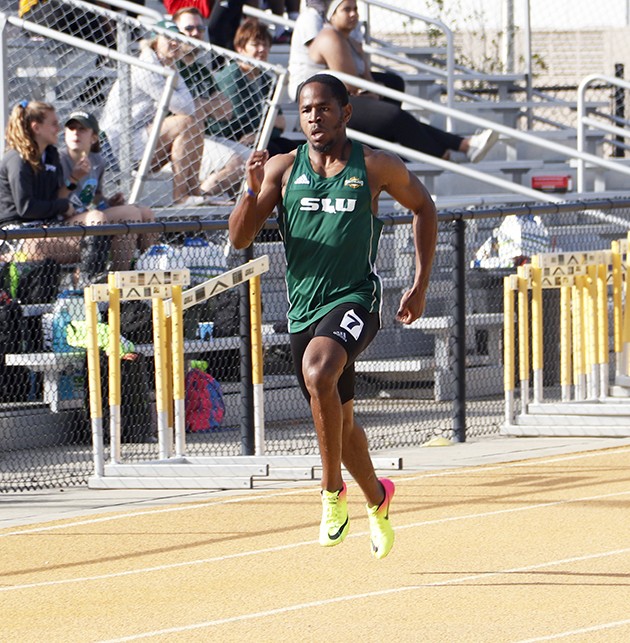 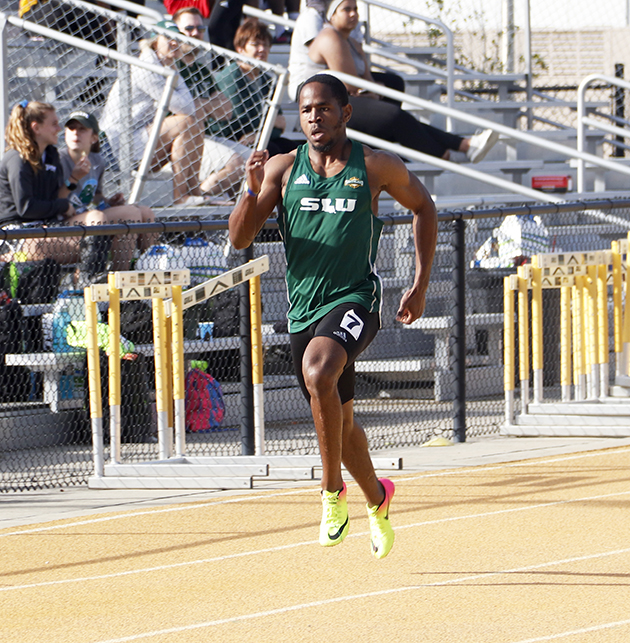 The track and field team participated in the Southern Miss Open, the last competition prior to this season’s Southland Conference Championships.

A total of 14 Lions and Lady Lions traveled to the University of Southern Mississippi on Saturday, April 28.

According to Head Coach Corey Mistretta, players who “needed a little extra work before next week’s championships in San Antonio” were selected for participating in the meet.

In the 4×100 meters relays, sprinters Devin Dixon, Cliff Resais, Jebarri Cumberbatch and Jaysen Robinson were able to finish second with a time of 40.47 seconds. Cumberbatch also finished fourth in 100 meters with a time of 10.52 seconds. Junior thrower Steven Crooks secured third position in shot put with a throw of 53-10.25. Junior thower Alexia Stein was able to finish third in women’s discus with a throw of 156-11.

Mistretta was happy with the team’s performance in the meet.

“For the small group that we took to this meet, everyone performed well,” said Mistretta. “We have a couple of season best, and that’s always a positive.  We are very happy with the way the meet went.”

Freshman hurdler Sophia Huegel participated in the 100 meters hurdles. She believes the meet helped her prepare for the conference championships.

“This meet allowed me to gauge where I am at going into conference and any minor things I need to work on,” said Huegel. “Minor changes always make a big difference, and knowing what you have to work on is always important.”

Huegel believes the team is preparing for the conference play by “training hard and staying patient.”

“We always remember the goal in mind, and we, as a team and individuals, want to perform well,” said Huegel. “In order to do so, we ensure we give our all at practice and take care of our bodies in the weight room and off the track.”

Mistretta believes that participating in a such meet “helps our student-athletes prepare even more for the conference championship meet.” He is confident about his team for the upcoming championship.

“We believe everyone is ready to go next week and are looking forward to a good showing,” said Mistretta. “Hopefully, we will have more regional qualifying marks reached next week.”

Huegel is happy with the team and improvements seen throughout the year.

“The team is full of talent and people willing to work,” said Huegel. “We have a good program and as long as everyone continues to do what they need to, we can be a force to reckon with in the near future. This team has done a lot this season and seen a lot of improvements from everyone.”

The Lions and Lady Lions will be back in their action at the Southland Conference Championships in San Antonio, Texas on May 4-6.