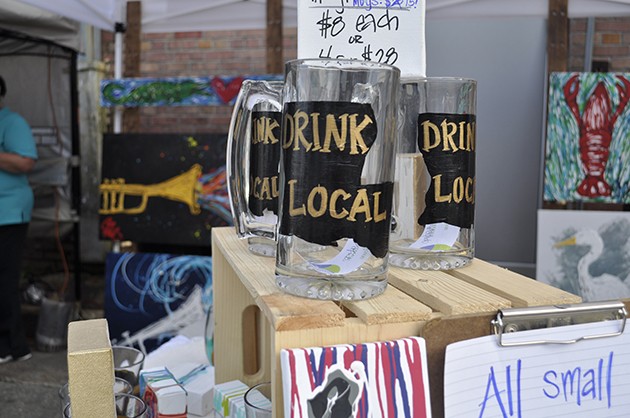 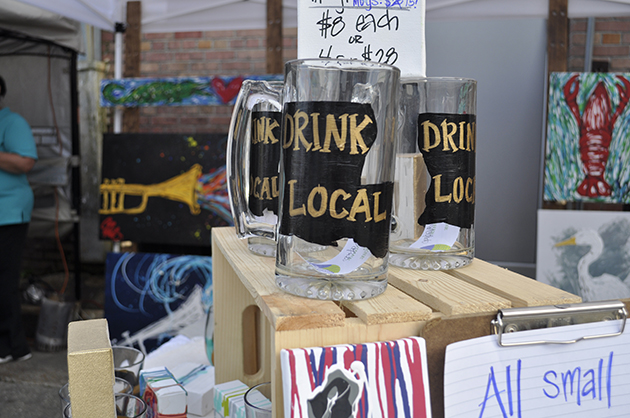 The Brews Art Festival featured over 40 local and international beers for sampling. Combined with art and live entertainment, it made for a memorable evening. The Lion's Roar / Megan Ferrando

Guests sampled over 40 local and international beers while browsing art, enjoying food and listening to music by Impaired Faculties.

“Brews Art Fest is one of our big fundraisers we do every year. It just grows bigger and bigger every year,” said Mike Kilgore, executive director of the HRAC. “The band here, Impaired Faculties, they’re all Southeastern faculty members, so that’s something new. We’re trying to make it a little bit more fun, a little bit more exciting.”

Aside from featuring Impaired Faculties, many artists and various vendors came to sell their creations.

“I think the mix of vendors we have this year is really good,” said Kilgore. “We have all sorts of things from arts and crafts to homemade goods. I’m really pleased with the diversity of vendors and participants.”

John Perilloux offered a forged iron demonstration where he set up an area to make creations including lamps and other designs from iron.

Katie Guilbeau, along with her mother Amy Guilbeau, offered treats from their business Henderson’s Hearth. Often set up at the Farmer’s Market and the Renaissance Fair, Henderson’s Hearth sells herbs, jams, breads and more. They made special beer bread for the occasion.

“We try to do a bunch of different flavors,” said Katie Guilbeau. “The lazy magnolia, the southern pecan, the Covington strawberry ale and Abita’s lemon wheat. In the mix, all you need is one bottle of beer. When you get a six-pack it’s awesome, because you have five bottles of beer to enjoy.”

Guests received a small glass for 25 dollars, which allowed them to sample all the beers for the night. The event allowed for community members to taste beers foreign to them as well as discover new favorites.

“I think it’s great for our local breweries because they can showcase our local beers in a great local venue,” said Vanessa Gomes, craft brands manager for Champagne Beverage. “I think it’s a wonderful night out and great for the locals.”

The event featured different beers from a variety of breweries bringing them together for one night of enjoyment.

“I love any kind of event that gets all the artist and people out, and I think it’s really cool that it gets all the beer vendors that are local,” said Lydia Caballero, senior general education major. “It’s good for everybody to get to see not only their competition but also the things that bring them together.”

Many, including Caballero, heard of the festival from friends and decided to see it for themselves.

“I work at Tommy’s on Thomas downtown, and I had friends who are coming so I was excited to check it out because I hear about it every year,” said Caballero. “I’m a big supporter of the Hammond Regional Arts Center.”

In addition to many community members in attendance, Theta Chi Fraternity joined in the festival by assisting the HRAC in volunteer work.

“We also got some volunteers from the university,” said Kilgore. “Theta Chi Fraternity is helping us out a lot. We’re really always grateful to them. They bring so many great guys. They take it all in shifts, and we couldn’t do it without them.”

All proceeds from the night will assist the HRAC. To find more events visit hammondarts.org.