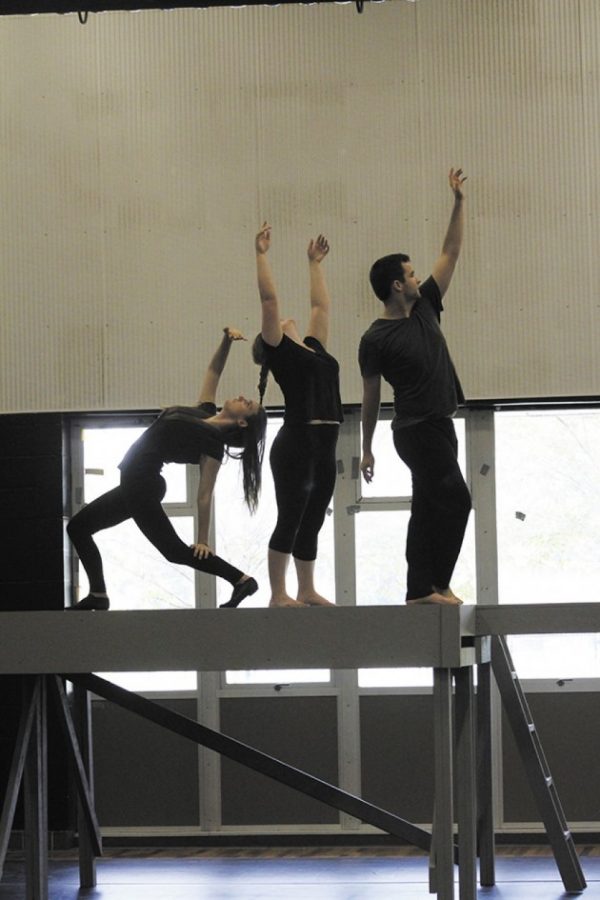 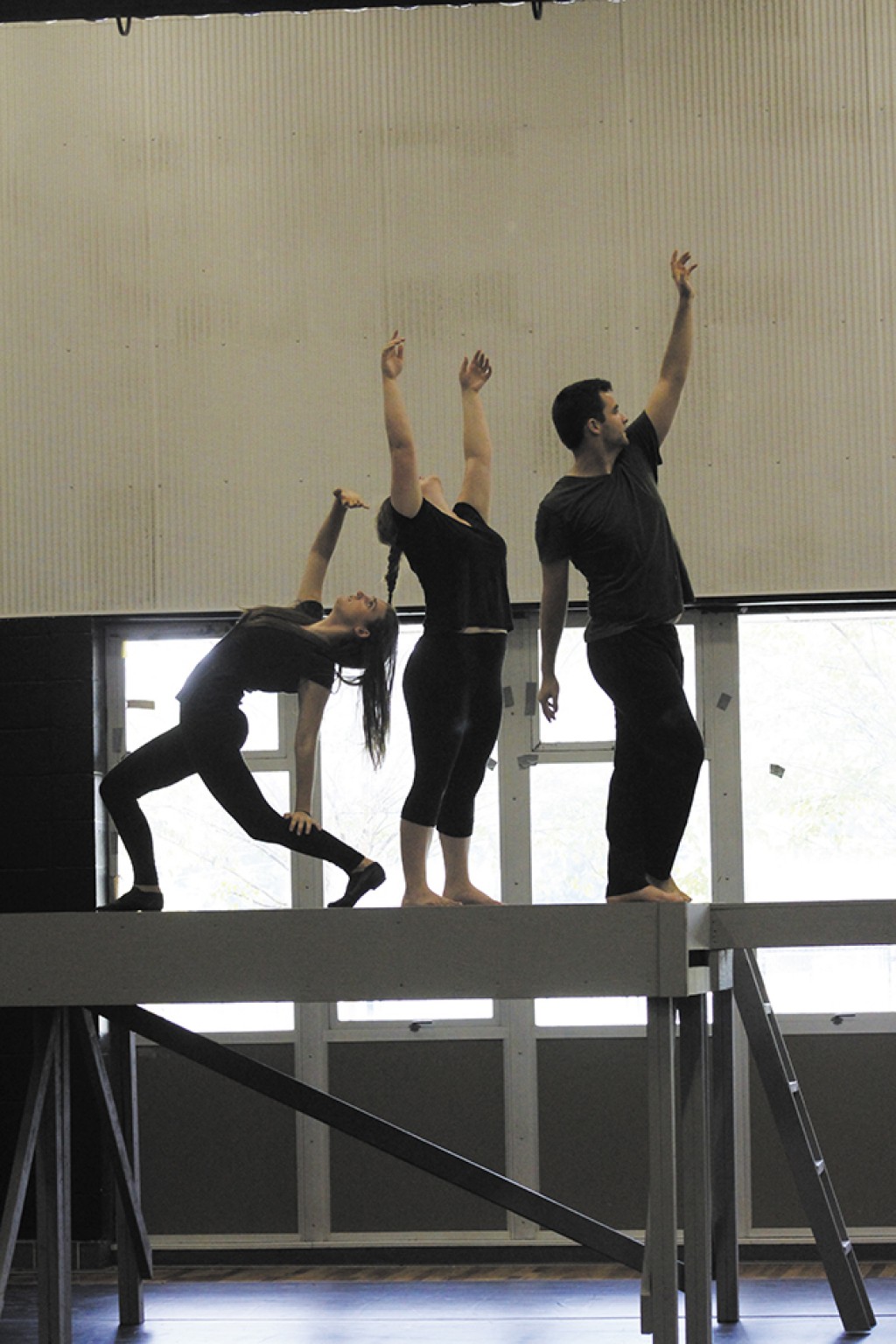 With multiple events planned for the Fall and Spring semesters on campus, fans of the arts have much to look forward to.

Unlike the town of Bomont from the 1984 movie “Footloose,” dancing and rock music are not banned in Hammond. There is no need for Kevin Bacon to roll up in his yellow Volkswagen Bug and begin teaching students how to dance behind a barn.

Instead, Southeastern students with the desire to dance have a large selection to choose from. As a bonus, an informal presentation will be held on Tuesday, October 27 at 9:30 a.m. in the Kinesiology and Health Studies Building Dance Studio to showcase all the classes offered in the semester. Current dance students will perform pieces for each particular class, allowing hopeful registers to gauge which class they may enjoy most.

Their first performance of the season will be The Katrina Project, a piece that will be taking on an InterArts approach by fusing the elements of dance, music, theater and visual arts into its production. There will be four choreographers, 10 dancers, three musicians playing original, live music and an original live spoken word from a poet: All will be performed on and around a massive 24 feet wide and 8 feet tall structure that has been built for The Katrina Project with a multi-media image projection as the backdrop.

According to Artistic Director Keith Costa, better known as Skip Costa, The Katrina Project is devoted to exploring the elements of how a storm is created, what is experienced during a storm and several types of repercussions that follow after it is over.

“Even though this is a bigger picture about a storm, any storm, anywhere in the world, we will be personalizing it by taking the devastating storm of Katrina as our reference point as that affected us locally,” said Costa.

Dance students pitched the idea last year due to 2015 being the 10-year anniversary of Hurricane Katrina. One of these students was senior dance major Christa Clement-Sevin, whose family suffered the loss of her grandmother as a result of Katrina.

“The powerful thing is, [Katrina] is still having some effect on us one way or another,” said Costa.

Returning for the second time during Fanfare will be the improvisation project, this year titled “Thinking for a Change.” The concert is devoted entirely to the art form of dance improvisation.

“[The concert] is devoted to ideas that we need to think about. Whether they be social, moral, ethical, spiritual or educational based, in order for us to ask the world to start thinking again for a type of change to occur,” said Costa.

Eight to 10 choreographers and 10 dancers will be a part of this project. The performance will be held on Monday, October 12 in the Vonnie Bordon Theatre with a general admission of $5 and running time of 45 minutes with no intermission. Audience members may also be given an opportunity to participate in the event upon volunteering.

Closing up the Fall semester will be the Fall 2015 Informal Concert, taking place on Tuesday December 1 in Pottle Auditorium.

The dance is being done to support World AIDS Day and all the efforts that have been conducted around the world for many years in search of a cure.

“We ask that you wear a red ribbon [for AIDS awareness] to the performance,” said Costa. “It will be a showcase of 10 cutting edge choreographers who will be enrolled in our Dance 372 Choreography and Dance 472 Advanced Choreography class.”

The courses are offered each Fall semester as part of the Dance Minor Program and General Studies – Dance Concentration Major here at the University.

During the Spring semester, graduating seniors will have their own concert as their senior thesis project. Concert titles have not been made at this point but each choreographer will have their own theme and each concert will last approximately 30 minutes. Concerts will contain a solo,  duet, trio, small ensemble dance and large ensemble dance. They will each have five dances to perform as their final Dance Thesis statement within their general studies, dance concentration degree program offered at Southeastern.

“Currently, this is the only way to obtain a dance degree at Southeastern,” said Costa.

All concerts will be performed in March at 7:30 p.m. in the Vonnie Bordon Theatre with a general admission of $5.

Auditions will take place on Friday, December 5 in Kinesiology and Health Building Dance Studio from 10 a.m. to 1 p.m.

The graduating seniors will be pursuing careers as teachers, dance studio owners or obtaining their Masters of Fine Arts degree in Dance after leaving Southeastern.

Southeastern’s own dance crusader, Costa has had the honor of being selected for the American College Dance Association National Board of Directors this past year in Tennessee and with that, has brought the Southeastern Dance Program into the possibility of national recognition.

Costa is trying to push the boundaries of artistic dance expression with students in order to complete national standards with other universities so students can get the best advantage in their dance careers once they leave Southeastern.

“Since the three years that I have been here, we have inspired students to pursue masters degrees in dance, to pursue masters degrees in dance therapy, to open their own studios, to start their own dance companies and to become innovative teachers,” said Costa. “This is an incredible time to study dance at Southeastern at all levels and within all disciplines of the arts and non-arts. I believe in a balanced InterArts approach to creativity and we are developing artists here.”

Costa believes Southeastern offers a very supportive, and welcoming, process of creation for those who want to study movement at all levels.