Costa skips to beat of a new drum 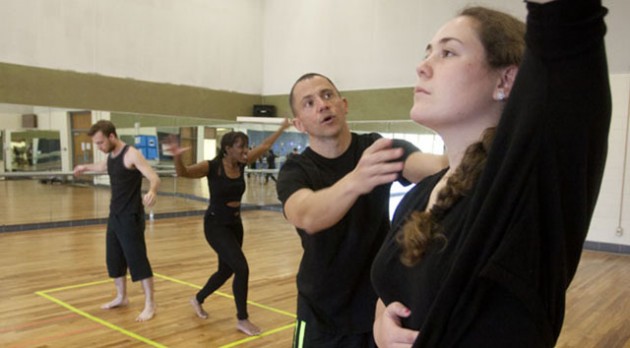 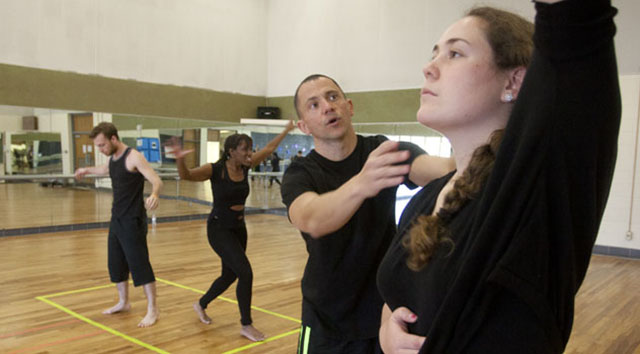 Costa found dance very late in life, and was one of the last students to get the dance degree at Southeastern. In his freshman year alone he changed his major four times, coming in as a visual artist, and switching to psychology, communication and theatre before switching to dance. During dance courses, he realized his passion for it. “I took every class available, multiple times,” said Costa. Courtesy of Skip Costa

Skip Costa has been selected by peers from universities within the American College Dance Association’s South Region to represent them as a member of the National Board of Directors.

With 12 regions throughout the country, over 400 Universities are a part of the institution. Due to Costa’s placement on the board, Southeastern now has the opportunity to receive national recognition on various levels through the dance program.

Board members are chosen when they submit a paragraph of their biography and another paragraph that describes how they teach, how they would fit into the company’s structure and what they would bring to it.

Fine and Performing Arts professor, Dr. Martie Fellom, encouraged Costa to apply for the position. Being on the board would allow him to see how other universities handle their curriculums.

Costa wants his students to stay up to date on the national standards and expected etiquette.

“I could make a difference, I have all these ideas,” said Costa.

Board members have terms lasting three years and can be re-elected an infinitive number of times. Some directors have been there for twelve years, teaching at their respective universities for longer; whereas Costa has only been at Southeastern for four years.

“I’m a new person on their level,” said Costa.

Every year the American College Dance Association holds Regional workshops, where universities send their students and at least two instructors. The event lasts two days and students can take up to five classes a day, taught by the various instructors that go. This is an opportunity for networking within the region and is another way for universities to become recognized.

“Two years ago in Arkansas, I taught my class in a gym,” said Costa. “I wanted as many students as possible, and I wanted them to just dance, not look at themselves in mirrors. 85 people came, the class maxed out and while walking around after they said, ‘You’re from Southeastern aren’t you?’ They knew who we were.”

During this time, there will also be two concerts, an informal one during the day, that allows attendees to receive feedback from their peers, and a formal one at night, where three judicators come and critique each routine.

The dances performed are choreographed by both students and faculty. If all three judicators like the routine, the top ten will be chosen for The Gala, the final show of the week.

The Gala is performed the last night and on a National years, which is this year, the top two are chosen to go to the Kennedy Center in Washington. This is another opportunity to become known.

“I’ve done so many things. I’ve been all over the world, teaching and performing, I’ve performed at the Kennedy Center and danced with renowned dancers,” said Costa. “It’s an incredible honor, but I’ve done it. So for me, it’s about Southeastern. Students should be there; they should be performing.”

In the future, Costa would like to see the dance degree come back.

According to Costa, with the arts, you are taking a leap of faith. You jump in saying, “I want to do this for the rest of my life, and I’m going to find some way to support myself for the rest of my life using the tools I have made here at Southeastern.” Students want their degree to say, “dance” on it because it is what they are doing.

“Maybe Southeastern could offer a performing arts degree in the future. With a focus of either theatre or dance,” said Costa. “We would have the numbers. They have the theatre design degree, but with that they could get another 40 to 60 students.”

Costa says his favorite thing about teaching is when students come in with ideas they have had all their life on what dance is, and then when they get into his class, they have to let go of all of those ideas and trust him.

“Graduating seniors were my freshmen, now they get it. It takes years to allow yourself to think differently,” said Costa.

According to Costa, when you dance in this area you normally go to a dance studio and do dance a certain way.

“They [high school dancing] have their recitals, but college dance has concerts,” said Costa. “They dance for a specific thing: competitions; they choreograph specifically for that, then they come to Southeastern thinking, ‘this is how dance is, this is how we need to choreograph.’”

Costa takes that, tells them to let it go and encourages them to open their minds since college dancing is completely different from high school dancing.

“Now you have to include artistic integrity and development of your choreography: where is it going, what does it mean, how does the human condition change and inspire you?” said Costa.

Costa tries to put students in a comfortable environment so that it is easier for them to explore their ideas.

“Overtime they thank me, one of my seniors told me, ‘I got it. We thought you were pushing us away from what we wanted to do, our dances and how we wanted to do dance, but you were just opening our minds. And I love it,’” said Costa.