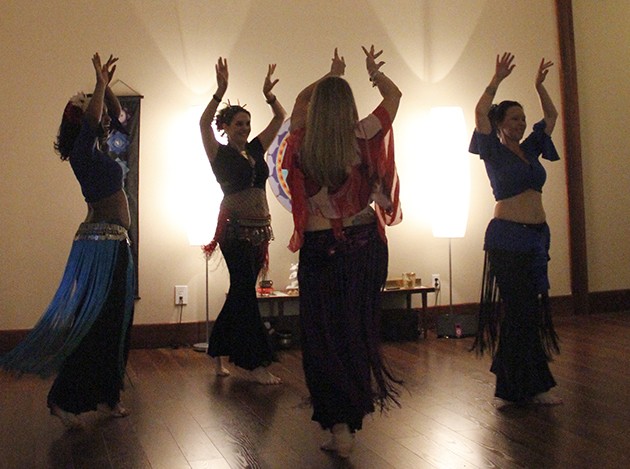 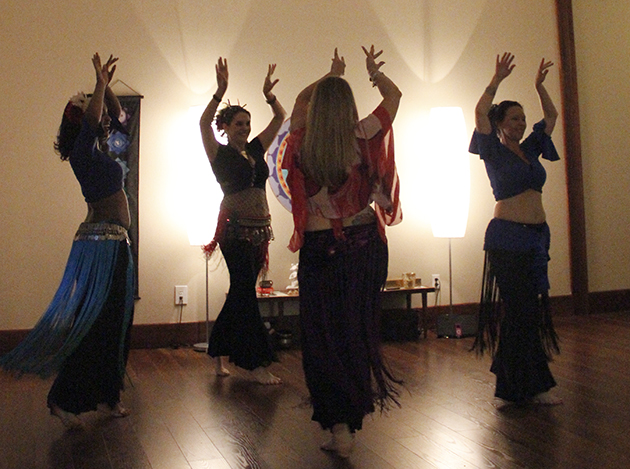 Local belly dancer Lindory Dyson, left, was inspired by artists such as Shakira and Aaliyah to instruct belly dancing classes in the community and to establish the difference between being sensual and sexual in belly dancing. The Lion's Roar/Nate Callaway

When one thinks of belly dancing, magnificent temples in India might come to mind, tents in the deserts of the Middle East or even the colors of ancient China. While this might all be correct in its history, this is not where it stops.

Belly dancing is more than having to be associated with a certain time or place.

“I was one of the people really loving Shakira,” said Lindory Dyson, the instructor and a university alumnus. “At the same time, I really loved Aaliyah, so I started looking up actual belly dance videos and I kinda fell in love with it from there.”

It was a quaint room, the lights were dim and it was decorated with Indian statues and artwork creating a feeling of calm and warmth. The music played from a speaker in the corner as the demonstrators prepared and the soon to be students came in.

Dyson, along with her fellow dancers, began by showing what the standard dance looks like. They put on a song and started doing an improv-dance, meaning they hadn’t prepared it at all. The movements were smooth and graceful, replicating the traditional style while adding other styles of belly dancing such as historical and tribal. The movements of the brightly colored costumes and the jingle of the jewelry sounded to the beat of the song. As the night went on, the music and styles changed.

“When you look at the old videos its always entertainment, it’s sensual but never sexual,” said Suzanne Vidrine, an attendee. “I always thought it was more of a very sexual dance, but its not. It’s just very beautiful.”

Dyson urges those interested to come out and give it a try for an evening and see what it is like at downtown yoga. Prices start at $10 a night or $45 for five weeks of lessons. While the one night might be good to try it out, each class builds on the last so it is recommended to go for the five weeks.