‘Why Are You Nowhere?’ premieres in Vonnie Borden Theatre 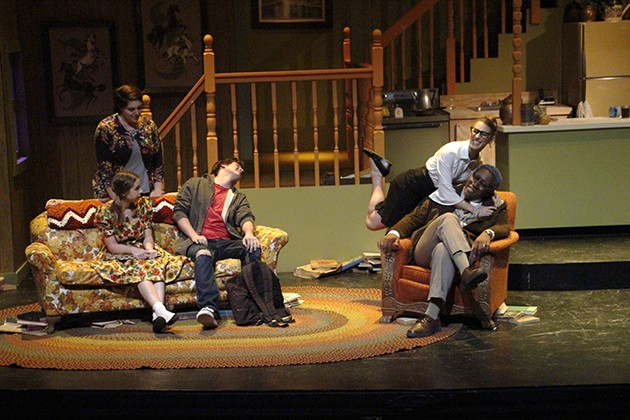 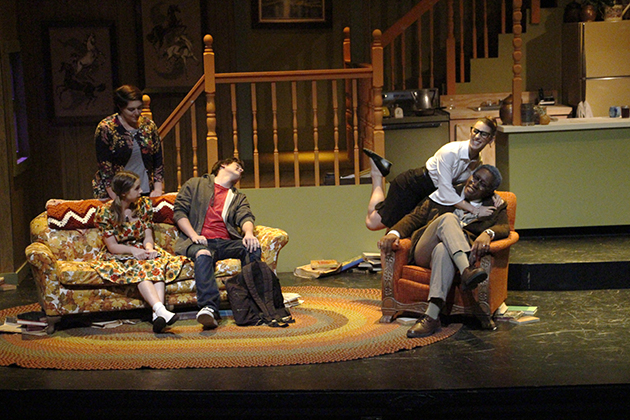 “Why Are You Nowhere?” premiered on Feb. 14 at 7:30 p.m. The play was about a mother, played by Harlan Thorpe, a freshman marketing major and her mute daughter, along with a troubled youth she had taken in, visiting  her parents’ home.  The mom had a strained relationship with the grandmother, which the grandfather tried to mediate. Annie Goodman/The Lion's Roar

The theatre department put on the world premiere of “Why Are You Nowhere?” written by Ethan Warren, the 2016-2017 Inkslinger winner.

“God, it was great,” said Payton Core, a sophomore elementary education major with a minor in theatre. “It was amazing. It was so much fun. There wasn’t ever a day where I was like ‘Ugh, I don’t want to go to rehearsal’ or ‘Oh, I really don’t like this show.’ Not a day. Not a thought. Nope, I loved it.”

Despite some personal mistakes, Core feels opening night was successful.

“It’s very different,” said Core. “It’s pretty crazy. It’s probably not the craziest show I’ve done, but it’s really crazy. I think everyone’s character fit them oddly well. My character fit me unfortunately well. Which is probably why Chad thought I would do a good job with it.”

Core loved getting into her character, the grandfather’s assistant, for the show.

“Personally, I love bringing out the crazy in myself and other people,” said Core. “I’m a method actor, so I got this whole intricate playlist where I went through scene by scene, mood by mood ,and picked songs that fit the character, the characters around her and the mood of her and the scene. I listen to it over and over and over again while I’m getting ready.”

Opening night is actor Harlan Thorpe’s favorite night. She played the role of the mom in the production.

“It’s a great feeling,” said Thorpe, a freshman marketing major. “You get the nerves, but it’s one of the best nights ever because you get to show everybody who shows up to the first night your talent just right off the bat. They’re lucky they’re the first see-ers because the first night is usually the best night you could ever have ‘cause everyone’s just going through all these emotions, and it just puts on a great performance.”

Thorpe also enjoyed playing her character in the production as well as interacting with the cast.

“Being this person is definitely a challenge,” said Thorpe. “She is up and down. You can tell when you watch it. She is probably the most difficult person I’ve ever had to play. I’ve struggled with her a lot. Kind of understanding what it is she’s gotta do. In the end, it’s worth all the time and effort, and I’m so glad I got the opportunity to play this person.”

The play left many viewers confused to the delight of Thorpe.

“I love it,” said Thorpe. “It’s very interesting. It’s different, but that’s what I like about it. It doesn’t tell you your answers right off the bat. You kind of have to look for it. It’s very weird. People left kind of confused. I said, ‘You’re supposed to. It’s normal.’ I think that’s the fun of it because I know what’s going on, but they don’t.” 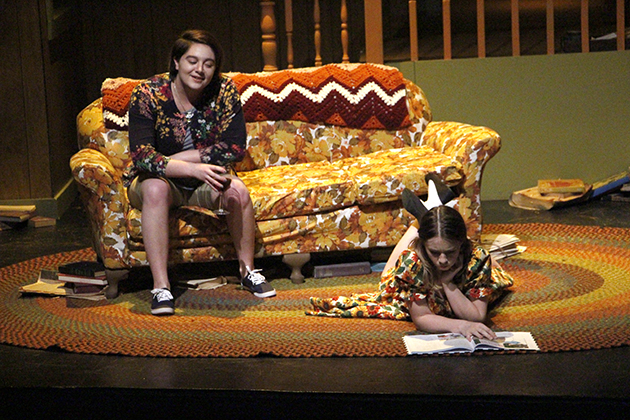 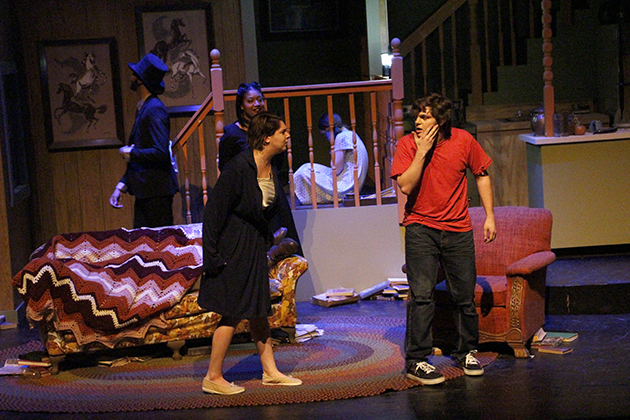 For the prize, Southteastern’s theatre program premiered "Why Are You Nowhere." The writer did a Q&A after one of the performances to answer some questions the audience members had. The cast enjoyed the roles and how well they fit each other.