Moving forward into a new year 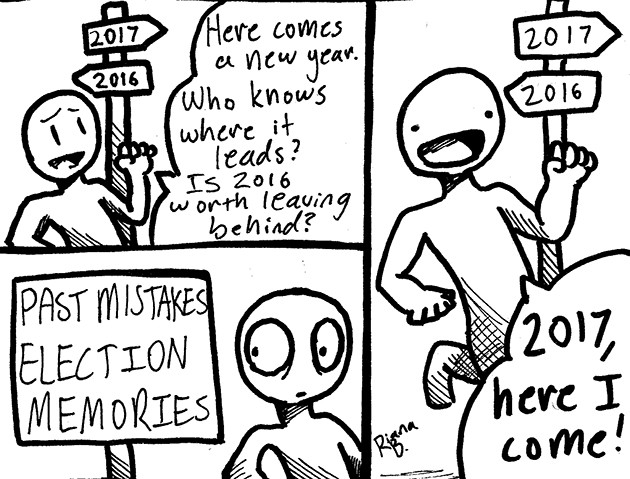 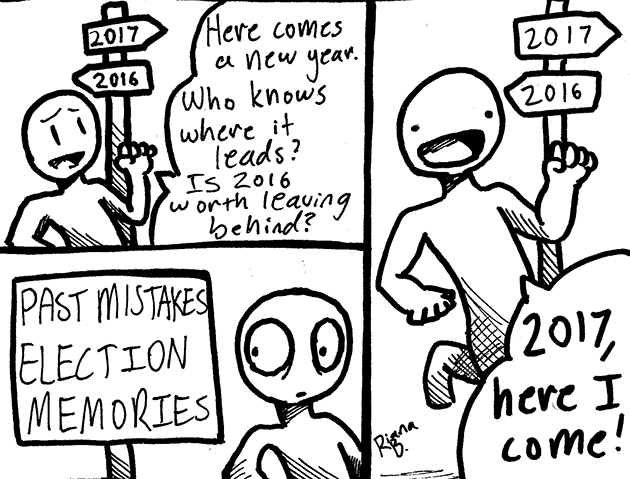 As 2016 draws to an end, it becomes more and more of a time to look back on the years behind us. To say the least, 2016 has been an interesting year so far. We lost Prince and David Bowie, witnessed a rather unusual election and the country is now in its sixth, almost seventh, month of mourning a gorilla.

Many many more things have happened in the last 365 days, but it would honestly take way too long to name them all. I’d meet the word count for this piece just by doing that, but I won’t. I won’t even talk any more about the events of the world, or even the nation, but instead about us as individuals.

So, to get things going, I’ll start with me. In the past year, a whole lot has happened. I’ve met and lost friends. Some of which I cared deeply about and now I will never see again. Others came into my life when I couldn’t have needed them more. I started college, which is quite the experience in and of itself. I even got a job where I work with some of the best people I could have possibly hoped for. Now, I’m saying these things not to talk about me but to maybe remind you of some of your memories. Maybe you lost people through death or leaving. Maybe you went to school and didn’t think you ever would or maybe you opened a new chapter in your life that could not be better and you’re now headed to a place that couldn’t make you happier. All these things couldn’t be more important. Our memories and where we’ve been make us who we are. However, where we will go and will do, that makes us who we will become.

Looking back is always important, but moving on, that’s where it’s at. Each day we wake up and make the choice to either live in the past or move on and explore what the future holds. Very often, we confuse moving on for forgetting, abandoning where we’ve been, but that’s not this at all. Moving on is moving forward. The more we’re stuck behind, how will we ever go on? If we still live in the memory of a relationship that can never be, how will we allow that friendship, or any other friendship, to become what it was always meant to be? If we live continuously in the nightmares of our memories, how will we create the dreams of our futures? I know all this sounds very cliché, but that doesn’t mean it’s not important.

I made and lost a dear friend in this past year, someone who I didn’t even realize was so wonderful till after she was already gone. I lost her not because of anything she did, but because I couldn’t get my head out of my past relationships I’ve messed up. I was in constant fear that I’d mess this one up too. So instead of being the person I should have been, I wasn’t. And that’s not what she, or even I, needed. So, I lost her because I was too immature to see the miracle I was given in her and refused to move on. I’m admitting this because I know we all have similar experiences, and I urge you to not let it happen again. Let yourself see your blessings and allow them to impact your life like they were meant to.

Walt Disney, a hero of mine and I’m sure many of your’s, once said “Around here, we don’t look backwards for very long. We keep moving forward, opening new doors and doing new things.” This is what it’s about. The past is done, but the future is what’s coming next. It’s like a house. You can either just move right in with no plumbing, electrical work or furniture, or you can see it from afar and start preparing it for when you get there.

We always have a choice to make our lives something else. This is the most important choice of all, to move forward. But that’s all it is, a choice. It’s up to each of us to make it each and every day. 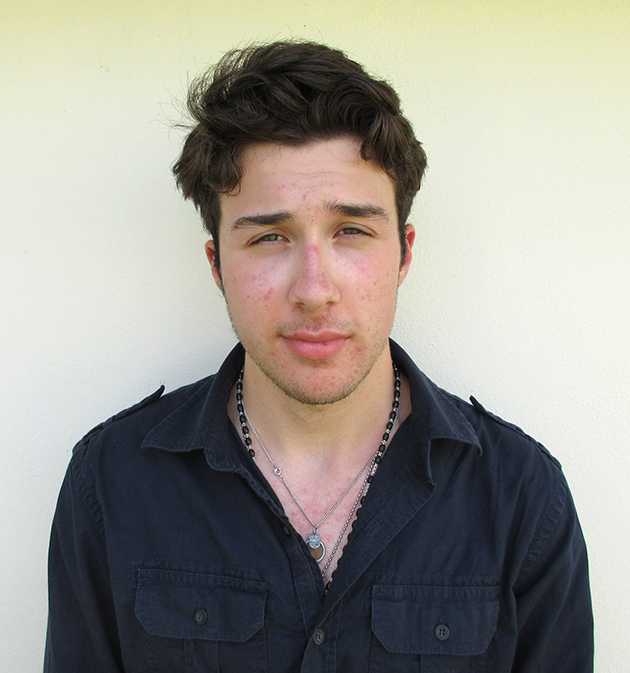